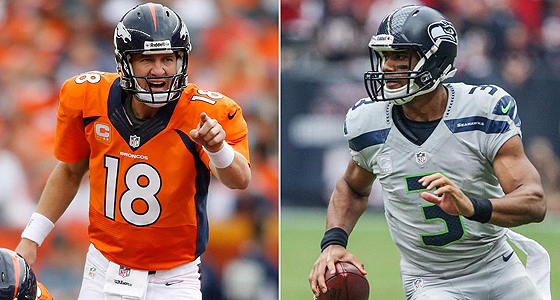 Football’s biggest game of the year is here. And you know what that means: Party time! Forget staying at home with a bag of chips and six pack of beer. There are dozens of places all over LA to watch the Super Bowl on February 2. Whether you want a raucous restaurant with cheap drinks, a hidden bar by the beach or some tasty vegan action, here’s a list of where to watch the Super Bowl in Los Angeles and beyond. (And for you homebodies, there are some take-out options, too.)

White Harte Pub – Woodland Hills
www.whitehartepub.com
Who says you can’t celebrate America’s biggest game at a British pub? White Harte is where you and your friends can enjoy $5 appetizers all game long (everything from bangers and nachos to sausage rolls and tacos) + $5 drink specials on all drafts, mimosas, margaritas and Bloody Marys. If you fancy your food a bit more proper, don’t worry–there’s brunch, too.

Wirtshaus – Mid-City
www.wirtshausla.com
From kick-off to final whistle, this German hangout is where you can get All-You-Can-Drink half-liter draft beers for $25 per person + complimentary German bar snacks. Catch the big game on multiple flat-screen TVs in the restaurant as well as the outdoor biergarten (which is also dog-friendly!). Guests looking for some pre-game fuel can also enjoy Wirtshaus’ regular Sunday brunch buffet featuring bottomless mimosas 10am-3pm.

Tony’s Darts Away – Burbank
www.tonysda.com
Did somebody say Vegan Super Bowl?? Yes, folks. This little bar in the Valley is perfect for those who don’t know what to do with that friend who likes watching the pigskin tossed but doesn’t want to actually eat the pig. During the game, guests can enjoy All-You-Can-Eat & Drink for just $30! That includes anything on the menu plus any beer that comes in a pint. You can also reserve a table by emailing pecos@goldenroad.la

320 Main – Seal Beach
www.320mainsealbeach.com
Watch the Super Bowl in the South Bay at 320 Main where the craft cocktails and pub grub will be flowing with an all-day Happy Hour featuring $5 drinks and $3 off all bar snacks like the buffalo tenders and bacon dates.

Mohawk Bend – Echo Park
www.mohawk.la
This vegan-friendly spot is offering All-You-Can-Drink Beer and All-You-Can-Eat Pizza during the game for $30. Six pizzas will be on rotation throughout the game (three vegan and three non-vegan options) with a wide selection of brews in a pint. RSVP is available for quad tables–call 213.483.2337 or email reservations@mohawk.la–pub area is first come, first serve.

The Churchill
www.the-churchill.com
This popular gastropub on West Third Street will have the game on all six of their TVs both upstairs and downstairs along with a special Super Bowl inspired menu ($7-$15) from 3pm until the end of the game. Think buffalo chicken wings, snapper tacos, BBQ pork sliders and hanger steak with frites.

Dave & Buster’s – Multiple Locations
www.daveandbusters.com
Eat, drink and play at Dave & Buster’s which will have the game on at each location with beer and food specials. Irvine will have a big screen TV giveaway, 35-piece party pack of boneless wings for $19.99, raffle giveaways at the end of every quarter and a halftime quarterback 2-minute Arcade Challenge.

Bru Haus  – West LA
www.bruhauspub.com
This local hangout along Wilshire Boulevard is all about the Big Game on Sunday with plenty of food and drink specials starting at noon. Try the chicken schnitzel or Bru burger with a side of fries and beetchup (yes, as in homemade beet ketchup). Tables fill up fast at this place, so reserving a table is highly recommended. Call 310.473.2337.

Calle Tacos – Hollywood
www.calletacos.com
If you’re having your an at-home Super Bowl party but don’t want to do the same old burger and hot dog routine, check out Calle Tacos. This permanently-parked food truck on Hollywood Boulevard has an entire catering menu dedicated to the Big Game with all sorts of packages (tacos, taquitos, burritos, quesadillas, salad and more) that ring in at less than $10 per person.

Wood Ranch – Multiple Locations
www.woodranch.com
Whether you’re having a Super Bowl party at home or want to watch it somewhere else, all 14 Wood Ranch locations have you covered. Each restaurant will have the game playing in the bar with plenty of eats and beer on tap while the takeout menu offers everything from smoked ribs, brisket and BBQ chicken to burgers, sandwiches, salads and dessert.

Sharkeez – Multiple locations in OC & South Bay
www.sharkeez.net
This crazy sports bar chain in the South Bay and OC is an obvious choice to watch the Big Game considering it’s a total party zone with dozens upon dozens of HD TVs with surround sound. Sharkeez Super Sunday celebration starts at 2pm with 64-oz beer pitchers starting at $13, flaming fajitas, and free Super Raffles with more than $5,000 in prizes.

Z’Tejas – Costa Mesa
www.facebook.com/ZTejasSouthCoastPlaza
Who doesn’t love a good BOGO? “Like” Z’Tejas Southwestern Grill’s Facebook page and show the posted coupon at the restaurant on Super Bowl Sunday for a Buy One Get One Free Entree in the restaurant or 20% off on all to-go orders.

Clancy’s Bar & Grill – Anaheim
www.clancysclubhouse.com
If you’re the kind of football fan who postpones bathroom breaks for fear of missing a single pass or possible touchdown, it’s time to say hello to your new best friend: Clancy’s Bar & Grill. This sporty spot has 36 plasma TVs including a few in the bathroom, so you won’t miss a minute of the action. The Super Bowl Sunday party starts at 1:30pm with 50+ menu items under $10, drink specials and of course, those infamous hot wings. Reservations recommended by calling 714.750.7500.

Rush Street – Culver City
www.rushstreetculvercity.com
Join the “biggest Super Bowl party on the Westside” at this two-story bar in Culver City that’s showing the game on 15 flat screens and serving up brunch, lunch and dinner specials all day and team-themed drink deals. Doors open at 10:30am with pre-game coverage starting at noon. No cover charge but seating fills up fast, so call 310.837.9546.

The Fat Dog – Hollywood
www.thefatdogla.com
This local favorite will have the Big Game playing on two flat screens with their usual Fat Dog menu of tasty bites, burgers (including their famed 14” hot dog) along with great craft beers on tap and by the bottle.

Saint Rocke – Hermosa Beach
www.saintrocke.com
This South Bay bar and music venue is hosting its annual Super Bowl Sunday party starting at 1pm broadcasting all the action on a 25-foot movie screen and 60-inch TVs. Expect drink specials and food deals including 25-cent wingies and $1 sliders. No cover charge, but call  310.372.0035 for upgrades and reservations.

Mendocino Farms – West Hollywood, Marina Del Rey, DTLA, 3rd & Fairfax
www.mendocinofarms.com
If you want to watch the game at home but don’t want to pig out on greasy food, Mendocino Farms is a great option. The gourmet sandwich shop offers plenty of filling, fresh fare like steak BLTS and vegan BLTs, “not-so-fried-chicken” sandwiches and other customize-able platters as long as you order 24 hours in advance. Prices start at $65 for 5-7 people. Delivery is also an option within the immediate area, so call ahead of time to coordinate.

Pink Taco – Century City & West Hollywood
www.pinktaco.com
You can watch the game at both Pink Taco locations, just make sure to make reservations as they’ll probably get crowded. You can also take the party home with Super Bowl take-out specials including the $9 Pound & A Pint (one pound of chips and pint of salsa) and $15 meal with chips, salsa & guacamole, two tacos, taquitos and quesadilla. And if you happen to be at the Sunset location, stay after the game for the LA Karaoke Championships.

Zengo – Santa Monica
www.richardsandoval.com/zengosm
This rooftop spot at Santa Monica Place will be playing the game on TVs throughout the bar. To fuel up before the Super Bowl, you can enjoy the $35 bottomless brunch 11:30am-3pm featuring unlimited cocktails and Asian- and Latin-inspired food like shrimp & vegetable potstickers, carnitas hash and Thai chicken empanadas.