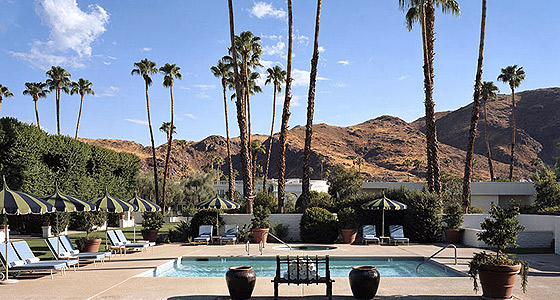 As someone who’s always out and about, I’m always asked to name my favorite restaurants, the hottest new place to get a drink or some secret spot to impress a visiting guest. Hence, the “Ask Mar” series where I share these Q&A’s with the rest of you. It’s been a while since I’ve posted one of these, but I thought today’s query was a pretty good one. A colleague contacted me looking for local getaway ideas that don’t require a plane ticket. Here’s what I had to say …

hey mar!
you’re the idea expert, so thought you might have an idea or two … I am thinking of going out of town with my bf for a couple nights over new year’s but SO don’t want to do the Vegas thing. we  just want to go somewhere nice and relaxing and not too cold. Mexico flights are way too expensive so I guess somewhere drive-able … any ideas? Definitely want laid back. Not sure what Palm Springs or Ojai are like this time of year. SB? Eh I dont know!

fun! i love weekend getaways–i’m actually gonna be heading up to the central coast. so, ok:

SANTA BARBARA – i like SB, but honestly you only need one day there — i get bored after a while with just the one strip on State Street — u can also ck out the mission and drive out to the wharf but it’ll be cold this time of year. we’ve stayed @ a decent B&B called the James House, which is right off the main drag. there’s also the cute boutique Canary Hotel (same owners as Shutters on the Beach and Casa del Mar in SM) with a rooftop lounge. there are some good restaurants in town including Olio e Limone Ristorante and Arigato Sushi, which has like a million different rolls.

PALM SPRINGS – i would totally rec PS – lovez the PS! have u stayed @ the Parker?? omg my fave spot – it’s pricey but maybe rt now it’s off season so it won’t be as much. even if u don’t stay there, i’ve always had a good experience @ norma’s the breakfast place there. it’s worth it just to go ck out the property.

also omg if you want to really tune out, try the Korakia – no phones, no TVs, just old school moroccan/med getaway ambiance (there are two properties across the street from one another – the older moroccan one where you actually check in is the better of the two.)

another one to consider – Colony Palms hotel (not to be confused w/Movie Colony hotel) — they have a restaurant called Purple Palm which i recommend — really cool place and it’s been written up a lot just like the Parker.

MORE – ridiculously, i still haven’t made it to Ojai but if you wanna do wine tasting stuff there’s always Paso Robles and/or Temecula, the latter which has the Robert Renzoni vineyards (they have the most INCREDIBLE marinara sauce and olive oil that you can buy to go).

anyway, hope that helps – let me know what you end up doing!