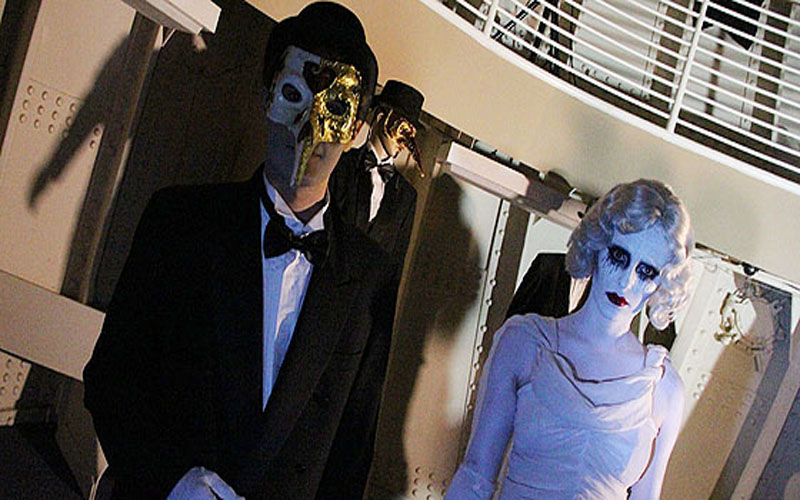 Unlike most people I know, visiting places or watching movies with the sole purpose of being scared is not what I consider a good time. (Yes, I’m a bit of a scaredy cat.) That said, I do find the idea of haunted places fascinating, especially because it brings in an element of history and vicarious time travel. So rather than listing places that are manufactured specifically for Halloween, here are a few “authentically haunted” places around Los Angeles you might want to check out for a scary good time.

Griffith Park Old Zoo
Griffith Park is no doubt one of LA’s most treasured spots, but it’s also said to be haunted since the days of original landowner Don Antonio Feliz (long before its namesake Griffith J. Griffith took hold of the property) with apparitions, noises and other creepy goings-on, most notably around the Old Zoo area. Whether or not that’s the case, the Los Angeles Haunted Hayride is not taking any chances of it not being haunted: It’s back this year with a terrifying experience through the woods of the Old Zoo. If you dare visit during Halloween, you’ll sit on a tractor atop a bed of hay while riding through the scary landscape. Who knows? Maybe that’s a real ghost tapping you on the shoulder. 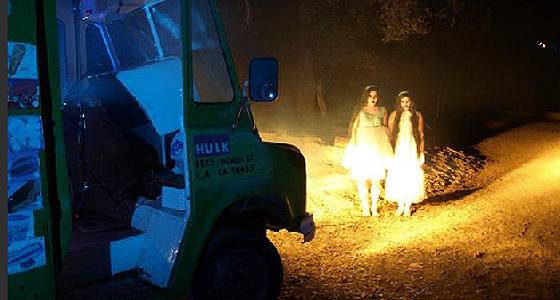 Queen Mary – Long Beach
Often cited as one of the most haunted places in the world, it’s no wonder that the Queen Mary is a lady everyone wants to visit during the Halloween season. (There’s also a “Ghosts and Legends” tour throughout the year.) The famous ship has a long history, first hosting the world’s rich and famous across the Atlantic (think Greta Garbo, Clark Gable, even Sir Winston Churchill), then serving as a World War II troop ship (she participated in the D-Day invasion) and finally becoming a museum and hotel. There have been numerous deaths aboard the ship, and many believe these account for the mysterious occurrences like splashing noises and footprints around the long-drained swimming pool, ghost sightings of the two men crushed to death by the engine room’s infamous Door 13, as well as the sound of children crying from the ship’s former third-class nursery. Even if you don’t go for the Dark Harbor experience teeming with scary mazes and nightly entertainment, the Queen Mary is a fascinating ship worth the trip. 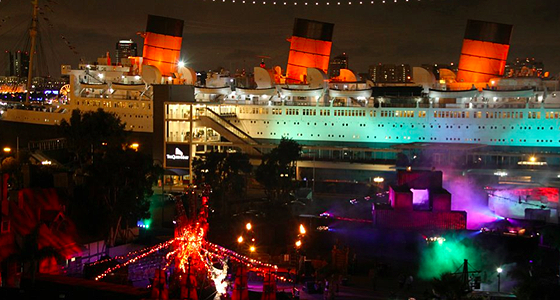 On shore or on sea: Queen Mary Dark Harbor

The Comedy Store – West Hollywood
On the Sunset Strip is where you’ll find this storied spot formerly known as Ciro’s, a mob-run lounge that was the see-and-be-seen hangout during Hollywood’s golden age with everyone from Bette Davis to James Dean making the rounds. Today the Comedy Store is all about fun and laughter, but the building itself is rumored to have held on to its not-so humorous history with ghostly sightings of a former gangster as well as a female ghost who had performed illegal abortions in the original lounge downstairs.

Hollywood Forever Cemetery – Hollywood
Isn’t it ironic? This place for dead people is one of the liveliest places in LA. On Saturday, November 1, Hollywood Forever Cemetery is hosting its annual Dia De Los Muertos celebration with hundreds of Aztec ritual dancers in full costume, special altars, food and live performances. If you believe the stories of ghost sightings here, you might see the infamous apparition of the woman in a long black veil who places flowers on the final resting place of Rudolph Valentino. Other famous folks buried here are Cecil B. DeMille, Griffith J. Griffith, Douglas Fairbanks, Estelle Getty and Johnny & Dee Dee Ramone, but so far there have been no reports of beyond-the-grave visits from them. 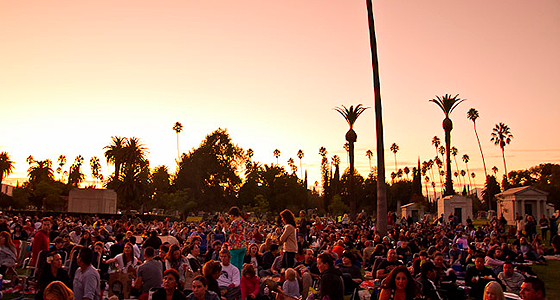 Silent Movie Theatre – Los Angeles
Although the Silent Movie Theatre of today is more kitschy than creepy, this infamous theatre has had a fairly gruesome history since it first opened in 1942. Reportedly haunted by its two former owners–the first being John Hampton who died in 1990 from exposure to the chemicals used in preserving film at the time; the second was Lawrence Austin who was brutally shot to death in the lobby in 1997—the space still hasn’t scared people away completely. That’s because there is always something wacky going on here. There are Halloween events throughout the month of October including parties, special guests and, of course, scary movies.

Greystone Mansion – Beverly Hills
This massive landmark was originally the home of the Doheny family who made their fortune in the oil business back in the 1890s/1900s. (It was family patriarch Edward Doheny who inspired the main character in “There Will Be Blood,” which was shot at Greystone.) But no more than five months after moving in was Edward’s son, Ned Doheny, shot dead in a ground floor bedroom. While police determined it a murder/suicide at the hands of Doheny’s personal secretary and confidant, Hugh Plunkett, rumors remain that the two men had more than just a professional relationship and that Ned’s wife was involved in the murder and subsequent cover-up. We may never know the real story, but the mansion is said to be haunted by its bloody history and the public is welcome to see for themselves, albeit in a much cheerier atmosphere.

Hollywood Wax Museum
Not to be confused with the much newer Madame Tussauds down the street, the Hollywood Wax Museum first opened in 1965 and as such, this famed haunt has quite a history. Before the museum moved in, the building was home to a luggage company that was possibly a front for organized crime, not to mention the basement was used as a speakeasy in the 20s. There was also at least one documented death in the building and numerous accounts from visitors (and employees) about weird noises, cold spots, doors slamming shut and eerie orbs appearing in photos taken in the museum. Whether or not there are spirits roaming around those wax figures is debatable, but if they are, it would be so Hollywood, don’t you think?