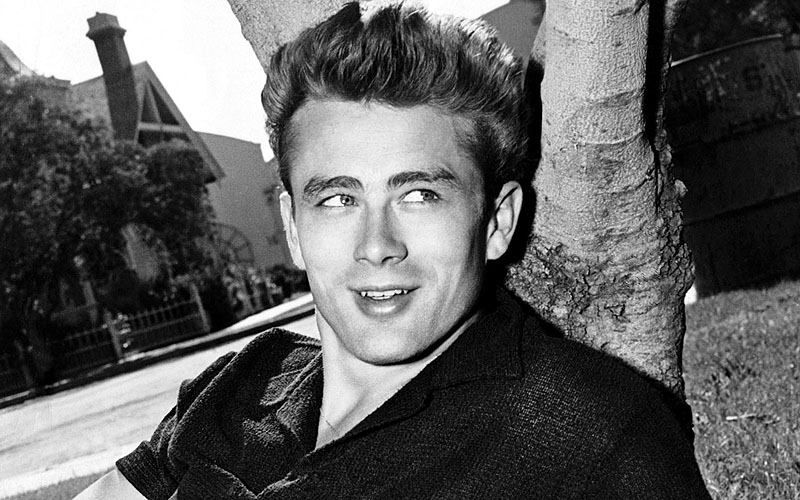 James Dean died on September 30, 1955. He was driving his new Porsche Spyder from Hollywood up to Salinas for a car race when he was killed in a crash. He was just 24 years old. It might seem a bit morbid, but on this tragic anniversary (and as a huge fan of his work, particularly his exquisitely sad turn in “East of Eden”), here are some of the places he frequented while living here in Los Angeles. A lot has changed since then, but the history of LA and the legacy of James Dean live on.

Griffith Park Observatory
Even if you’ve never seen the entire movie, you definitely know the knife-fight scene from “Rebel Without a Cause” that was filmed right in front of the Griffith Park Observatory. Outside near the main lawn is where you can find a large bronze bust of James Dean (which, by the way, aesthetically doesn’t do him the least bit of justice) atop a white column commemorating the iconic film which he never got to see. It was released less than a month after his death. 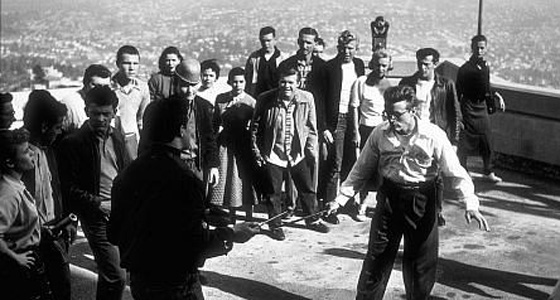 Santa Monica College & UCLA
In 1950, Dean began attending Santa Monica City College (it wasn’t a junior college back then) and majored in pre-law. Less than a year later, he transferred to UCLA to focus on drama. It was around this time that he landed his first acting gig in a Pepsi commercial. (FYI, as a child he lived with his parents in Santa Monica and was enrolled in Brentwood Public School. About five years later, his mother died of cancer and Dean’s father sent him back to Indiana to live with his aunt and uncle.)

Intersection of Sunset & Crescent Heights
Looking at it today, you’d never know that the monstrous Laemmle’s Sunset 5 megaplex with Crunch Gym, CB2 and Trader Joe’s was once the site of Schwab’s (the most famous drugstore/diner/soda fountain in America) and Googies coffee shop, two of James Dean’s most frequent haunts. Both of these places were ground zero for writers, actors and other industry types and on any given day (or night) there was a very good chance you’d find Dean hanging out.

Comedy Store (formerly Ciro’s) – West Hollywood
Back in its heydey, Ciro’s was probably the most famous hangout for A-listers of the 40s, 50s and early 60s. James Dean had been to this Sunset Strip nightclub on numerous occasions, including one month before his fatal crash. It became the Comedy Store in 1972. To this day there are stories that the ghosts of celebs past still haunt the space, although I’ve never heard that Dean is among the dead who taunt the living. 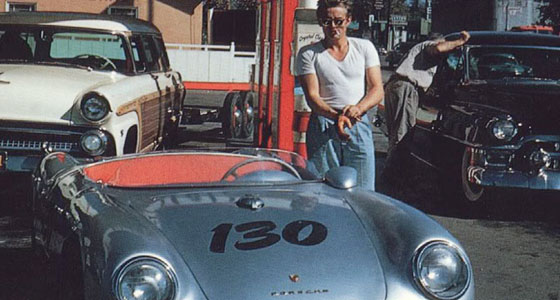 James Dean at the gas station on his final day

Original Farmers Market
James Dean’s favorite restaurant, Villa Capri, no longer exists, but the food lives on at Patsy’s Pizza located in the Original Farmers Market. Dean would often eat alone in Villa Capri’s kitchen away from the Hollywood crowd and is rumored to have eaten his last supper there the night before he died. (In fact, at the time of his death, Dean had been renting a home in Sherman Oaks from the maitre d’ at Villa Capri.) The restaurant belonged to Patsy D’Amore, who is credited with introducing the very first pizza to Los Angeles. D’Amore’s daughter Filomena uses the same recipe used in the original antique brick oven. If you want to eat the way James Dean did, this is the place to do it.

A Touch of Romance (formerly a gas station) – Sherman Oaks
Before leaving for the 300-or-so mile-long trip to Salinas (located along the Central Coast in California), Dean filled up his tiny car at a gas station located at 14325 Ventura Boulevard in Sherman Oaks. The original plan was to tow the Porsche in the station wagon (notice it with the attached trailer behind Dean in the photo above), but Dean decided to put some pre-racing mileage on the car. The location is now a flower shop, but the service island where Dean was photographed still remains after 56 years.

There are 11 comments for this article