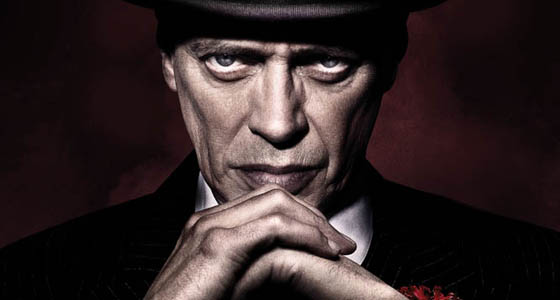 Even though I’m still in utter disbelief that my beloved Jimmy was offed from the show, I can’t get enough of HBO’s “Boardwalk Empire.” Naturally, the crooked politicians and bootlegging crime bosses of Prohibition-era Atlantic City are always in full force, but what I really love is all the glitz and glamour of a time when fashion was front and center for men and women alike, and going out for a drink, or even a steak, was dangerously exciting. If you want to live it up in true Boardwalk Empire style (sans the violence), take a look at this list of places inspired by the days of backdoor speakeasies, snazzy-jazzy tunes and burlesque babes.

Speakeasy is a word thrown around these days like some boozy floozy, but there’s no arguing that the Del Monte in Venice can rightfully lay claim to the term. Located in the basement of LA’s second oldest operating bar (Townhouse, which originally opened as Menotti’s in 1915), this place is truly part of a boardwalk empire. Back in the day, the speakeasy was not only an illegal watering hole, but it also functioned as a main choke point for liquor smuggling via the Abott Kinney Pier, which had a number of connected underground caves and catacombs. The pier eventually burned down and the tunnels have since been cemented shut, but the original staircase is still in tact. The history alone makes Del Monte worth a visit, but now that owner Louie Ryan has reopened the space, he’s staying true to its history with a cool vibe, controlled access, a slew of cocktails (both new and reimagined) from LA bar hero Brandon Ristaino and weekly live entertainment including Red Light Wednesdays featuring burlesque performers.

The much smaller and younger sister of Villains Tavern (located less than a mile away), the Gypsy is sort of like the Boardwalk squeezed into a bar. A mix of 30s elegance (plush jewel-toned pillows, intricate woodwork, ornate details galore) and carnival curiosity, this is where you can have a drink, eat a pizza (or corndog or funnel cake), catch a show from some local (or indie or retro) band and play skeeball, get your mug captured in the photo booth or have a reading from the fortune-telling machine. Watch out. Nucky’s men might be right behind you.

That it’s hidden in a total sketch zone near the 4th Street Bridge is just one reason Villains Tavern so frickin’ cool. Ever since it opened last summer, it’s been the ultimate hangout for those who want that throwback experience of a real hideaway … minus all the illicit deeds. (Um, right?) From the antique staircase and soaring ceilings dangling with chandeliers to the apothecary bottle-lined windows and outdoor patio that plays host to performers like Vaude & the Villains, Icy Hot Club and Dustbowl Revival, this place conjures up the best ghosts of Prohibition past. Wait … was that Jimmy who just walked by?

It’s amazing what a few chandeliers, antique sconces, red paint, swanky U-shaped bar and tufted leather couches can do. Once a tire shop, Next Door Lounge is a speakeasy-inspired, loft-like den that harkens back to the days of flappers and bootleggers–and they have the authentic bootleg kegs and photos from the period to prove it. Bartender Joseph Brooke is the man when it comes to smooth cocktails like the Black Buffy and spicy-as-hell Devil’s Moon while the menu offers easy fare like flatbread, tacos and sliders. And just in case you have trouble finding this place (there’s no sign), just look for James Anderson standing out front. He’s the uber-friendly doorman who looks like he just stepped out of 1921 … bowler hat, white gloves and bow tie included.

If Nucky were in Los Angeles, Cicada is where he’d entertain all those smarmy politicians to keep them in his pocket. Housed in the historic Oviatt Building, this ode to 20-style Art Deco opulence oozes with the excess of the era. Whether it’s the Lalique glass, 30-foot gold ceilings or plush bar and lounge, Cicada is like taking a step back in time. The enormous venue is not only an Italian restaurant, it’s a place where you can dress up and really revel in the era. Sunday nights are when to go–that’s when Maxwell DeMille’s Cicada Club takes over with vintage dance orchestras and entertainment ranging from Dean Mora’s Latinaires (conga lines!) to the Jive Aces to Janet Klein and her Parlor Boys.

This just-opened hideout (seriously, it’s hidden in a back alley somewhere behind Musso & Frank and Supperclub) looks like a modern-day speakeasy with cool decor and lotsa booze. It also has a real-life connection to “Boardwalk Empire.” For one, the space used to be a back room where Prohibition-era writing legends like Fitzgerald and Faulkner actually hung out. (So it’s got that vibe, you know?) And, interestingly enough, one of the owners (along with supposedly James Franco) is Jack Huston, the actor who plays the half-faced guy on the show. How you like them apples?

An oldie but a goodie, the Edison is one of LA’s most gorgeous bars whose historic presence can’t be missed. Located in the sub-basement of the Higgins Building of 1910, the sprawling speakeasy-inspired lounge was once the site of Downtown’s first private power plant. (You can still see the enormous central power generator through a glass wall.) Today, it reigns supreme as the place for guys and dolls to snazz it up, indulge in handcrafted cocktails, listen to music and summon the spirit of a bygone era. It’s where Nuck would bring Mrs. Schroeder if she’d just stop being so damn uptight for once.

Around since 1931, Harvelle’s ain’t messin’ around. The oldest music venue on the Westside, this tiny club is dark and sexy and knows how to put a little stank on it. Live entertainment happens every night of the week, but for a little Prohibition-inspired action, stop by on Sunday for the Toledo Show, a sultry mix of speakeasy jazz and racy cabaret fronted by Toledo–self-proclaimed poet, soul singer, jazz man, dancer, choreographer and connoisseur of haberdashery. (It’s actually the longest running show of its kind in LA.) If you want to funk it up like Chalky, this place has his name written all over it.

Much like the old speakeasies of Atlantic City, this 20s-style venue is a beachside hideout for a little after-dark drinking. Okay, so the bartenders aren’t wearing fedoras and you won’t find any flappers flitting about, but it is located in the basement of the old Victorian house on Main Street and they do have live music almost every night–and don’t charge a dime for cover. To get your week off to the right start, do Monday Night Burlesque, baby. Boom shooka boom boom boom.

* Miss Dakota – Sultry burlesque in the form of a brunette bombshell