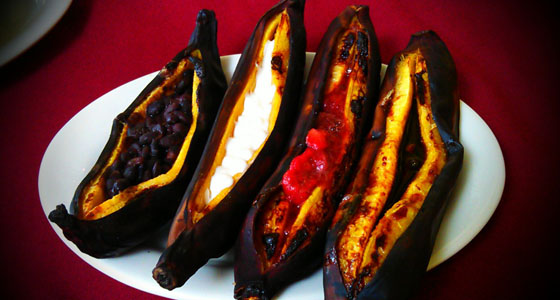 There aren’t any hot new restaurants or trendy shops cropping up along East First Street in Boyle Heights at the moment, and as far as gentrification … ¿que es eso? But that’s exactly the sort of no-fuss authentic vibe that makes this stretch just east of Downtown LA so appealing. On any given day you’ll find mariachis walking the neighborhood and converging at the famed Mariachi Plaza, hoping for a gig. These men in black are everywhere around here and I hope that even when the inevitable changes come, that’s one thing that will remain the same.

La Casa Del Musico literally translates to ‘the house of music’ and that’s exactly what it is. Husband-and-wife owners Ruben and Margarita Ortega have made this their home away from home for more than three decades. It’s the go-to spot for mariachis and has been visited by some very famous musicians whose autographed photos are displayed on the walls … including Bob Dylan. You can see a framed copy of the $826 check he wrote to buy a saxophone after he sat on the shop’s floor and played guitar for a while. Along with signed memorabilia, the space is jammed with everything from guitars, violins, accordions and saxophones to sheet music, instruction books, CDs, accessories and other musical miscellanea. Word is that the Ortegas are in the process of selling the store to someone who will carry on the tradition but with a fresh energy. Let’s hope so. This is a real neighborhood institution.

This tiny spot right across the street from Mariachi Plaza doesn’t look like much from the outside, but Un Solo Sol Kitchen (translation: Everything Under One Sun) turns out some of the most thoughtful, creative and delicious dishes in LA. And it’s cheap! And verrrrry vegetarian and vegan friendly. Owner Carlos Ortez, a naturopath and former mechanical engineer, and his wife Sandra are all about fresh, affordable and healthy homemade food and the menu definitely reflects that. Most of the dishes have a Pan-American slant (lovez the vegan enchiladas and vegan mushroom pozole) but there are also Persian and Indian influences. One thing you have to order if only for the visual novelty: Platanos Locos, a crazy treat of baked plantains stuffed with fillings like homemade strawberry jam. It’s bananas!

This restaurant has been lauded in print, online and on TV more times than I can count and it’s hard to live up to that sort of hype. But I think La Serenata does a good job of staying consistently good. The fish sopes are one of my favorites with flaky mahi mahi and a masa crisped like the perfect Mexican English muffin. The tacos dorados (probably my favorite food in the world) with chicken breast are standout. And then there’s the salmon en molcajete special. If you’re here when this is on the menu, you’ll feel like you’ve won the loteria.

If you’re looking for after-dark action in Boyle Heights, Eastside Luv Wine Bar is the place. Depending on what night you stop by, you’ll either get an eyeful of barely-dressed burlesque babes grooving and shaking on top of the bar, local bands rocking out to a crowded room, mariachis ay-yay-yaying til the wee hours or just a bunch of drinking, dancing people hanging out. The cool mural on the outside (it’s the work of award-winning LA artist Robert Vargas), plus lowrider-inspired chandeliers, Chicano art and wino slipper corduroy benches and chicken wire accents inside serve as reminders that you’re actually in Eas Los. As if you could forget.

Have mariachi will travel. Probably my favorite part of East First Street in Boyle Heights is Mariachi Plaza. The small string of storefronts on the Plaza isn’t much to write about — there’s an ice cream spot, a Mexican/American cafe, AA meeting house, a book shop (which is listed below ’cause it is worth writing about) and the Metro Gold Line station. But it’s the people of this plaza that make it so special and imbue it with its identity. Mariachi Plaza is not unlike an airport — a place where people are constantly coming and going, a place where you can become the observer and simply sit back and watch life happen before your eyes. Or you can get up and become part of the story. I always wish I could hire all the mariachis who are there, pay them a ton of money and just have them do one incredible performance. Maybe one day.

If you fancy yourself a new bespoke sombrero or custom-made charro suit, La Casa Del Mariachi is the real deal. Owner and tailoring master Jorge Tello has been doing his thing for decades and over the years he’s created outfits for Carlos Santana, Will Ferrell and movies like “Beverly Hills Chihuahua” and “The Three Amigos.” Some of that stuff could get pricey, but this crammed shop is also brimming with tons of other more affordable options ranging from Frida Kahlo-esque ensembles, buttonry, embroidery, children’s outfits and shoes. Last time I was here I tried on a pair of leather ankle boots but alas, they didn’t work out. Too bad. They were just $50.

A lending library and used bookstore smack dab in the middle of Mariachi Plaza. Does it really get any better than that? A real neighborhood find, Libros Schmibros lets you borrow any book in the store free of charge for three days or you can buy it at a fair market price. That money will then be used to help fund more books for the community library. The shop was created by former NEA literature director and San Francisco Chronicle book critic David Kipen who aims to bring together writers, scholars, readers, and neighbors for the improvement of the community. So far I think it’s working.

Watch the Video: Out & About in Boyle Heights