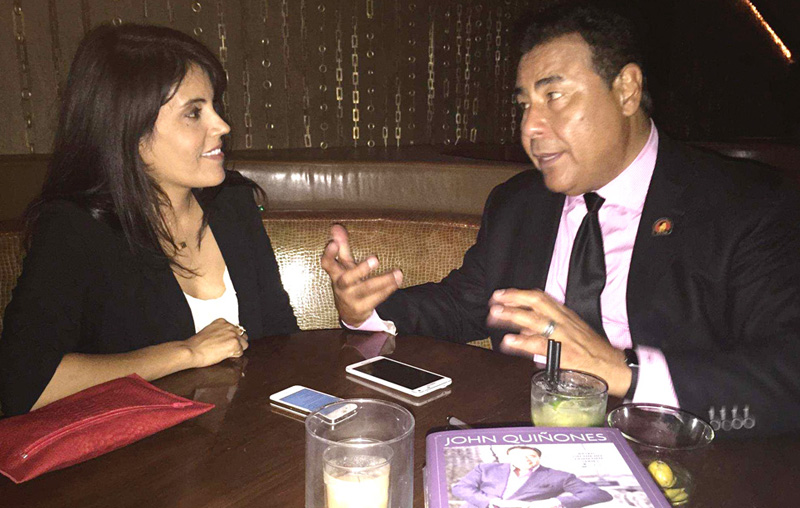 What would you do if you had the chance to meet John Quiñones, award-winning ABC News correspondent and host of the highly popular “What Would You Do?” primetime TV show? Well, you’d probably do exactly what I did, which was jump at the chance!

Fortunately, I didn’t have to hop a cross-country flight to New York to meet Quiñones. He was in Los Angeles to promote his new book, What Would You Do? Words of Wisdom About Doing the Right Thing. It’s a quick read at just 150 pages, but it brims with straightforward talk about his humble beginnings as a farm worker and “shy, scrawny little dark-skinned boy who lived in poverty” and the lessons he learned along the way that helped propel him to the success he is today.

The book is truly inspiring but it was even more exhilarating to talk with him face to face, especially as a fellow Mexican-American. It made perfect sense that the book reception was hosted by The Cesar Chavez Foundation, an organization that works to improve the lives of farm worker and Latino families around the country. I also had the chance to meet Cesar Chavez’s son, Paul, as well as many other people with powerful stories. By the end of the evening, we were all enjoying a fabulous dinner at Beso Restaurant that lasted well into the night. But first we raised a glass and shared a toast: “Si se puede!”

Congratulations, John! You’re celebrating more than seven years of “What Would You Do?”
Can you believe that? We thought we would run out of ideas but here we are 500 scenarios later and we’re still doing the show.

Who came up with the concept for the show?
I did. I was a reporter for 20/20 and actually, it came from the Sunday magazine in the New York Times. There was a columnist by the name of Randy Cohen who wrote a column called The Ethicist. He would write about dilemmas that we all face in our daily lives and how we should handle them. In one story he wrote about a nanny who was not taking care of the child she was supposed to be watching. And he asked what would you do if you’re at a park and you see the nanny ignoring the child? And we thought, wow, that’s in print – can we do it in television? And sure enough, we put hidden cameras and that was the birth of the show.

And did you ever think it would last this long and still be so popular?
It blows me away because no show lasts this long! At least very few, precious few do. I think it’s because we keep touching upon issues that affect us in everyday life. At a time when you see what’s happening in Charleston, those horrific church killings, when you see the fight over this Confederate flag, and when you see some of the police shootings in this country, it reminds us that despite all of the progress that we’ve made, there’s still work to be done. Certainly when it comes to race, but also when it comes to sexuality and religion … how do we treat Muslims? So it’s very timely and the everyday news gives us new ammunition.

Do you have one particular scenario that really sticks out in your mind more than others?
Did you see the Harlem one [December 2013] where we had an interracial couple being criticized for being together in a barbershop? They were actors, of course. We had a black man with a white woman and the African-American hairdresser said, ‘Why are you with a white girl?’ And it was so beautiful the way people stepped in and came to the defense … of the white girl. We had done this in a white community where we had the same setup, but this one was very touching because just about every African-American in that barbershop spoke up for the white girl.

So let’s talk about your book. It’s partly autobiographical and partly motivational. You write about overcoming hardships in the barrios of San Antonio … did you really grow up in the barrio?
Absolutely. A lot of people who watch me on television today have no idea that I spoke no English until the time I was in the first grade.

I grew up in the same kind of environment here in southeast LA.
Well, then, as you know, in so much of the Southwest, especially Texas, it was once part of Mexico, once part of Spain. And even though we’ve been there seven generations, I didn’t have to learn English. My father dropped out of school in the third grade to pick cotton and we didn’t have to learn English. I love it when people come up to me and say, ‘You’re John Quinones, you’re Mexican American, when did your family come to the US from Mexico?’ It’s like, we were always there. We didn’t cross the border, the border crossed us!

That makes me think of Malcolm X’s statement: “We didn’t land on Plymouth Rock; the rock was landed on us.”
That’s right. That’s what it’s all about. So given my upbringing and given the fact that I grew up in poverty in the barrio, I think it’s really important to tell our children that the dream can be achieved.

How did you go from that to where you are now?
My mother Maria. When everyone else was telling me it will never happen, you will never be a reporter …

People actually told you that?
Yes. In junior high school, when I would go to my college counselors and say to them, ‘I want to go to college someday, how do I prepare for the SATs? How do I take advanced placement classes?’ You know what they would say to me? They would say, ‘John, it’s wonderful that you have this dream but we think you should take woodshop, metal shop, auto mechanics.’ They did what we now see happen on my TV show every week! They judged me by the color of my skin and the accent in my voice. But it was my mother who would say, ‘Juanito, it doesn’t matter that you have to wear the same clothes to school every other day.’ And by the way, we washed those clothes. ‘It doesn’t matter that you have to take bean and tortilla tacos for lunch every day while the other kids take their fancy bologna and white bread. It doesn’t matter.’ She would say, ‘What matters is what’s in your heart, what’s in your brain.’ So thank God I had a mother like that. I devoted a chapter to her in my book.

You were the first in your family to go to college–were you ever fearful or insecure that you could do it?
Yes, I had no examples. But I surrounded myself with friends who believed in the dream the way I did.

You knew there was more.
Absolutely. And my friend Louie Rodriguez was the guy who said, ‘I know you can do it, Johnny. You can be a television reporter! And I can become a lawyer!’ And we did.

Did you ever feel your Latino-ness was a hindrance? Were you discriminated against?
Of course! I mean, I spoke with a heavy accent. And I knew that if I wanted to be like my hero, Geraldo Rivera, I would have to get rid of my accent. I would say things like “choos” [shoes] and “chirt” [shirt] because in Spanish there is no “shhh” sound. So I worked really hard in overcoming that. Today, I love accents; I think it’s beautiful when people speak with a Latino accent. But I knew that if I was going to be on network television I would have to overcome that. There were many times when I thought it wouldn’t work though.

What was your first big break?
When I was about ready to give up. I was in radio broadcasting in Texas and I was making very little money, so I was going to give it up and go to law school in Houston. And I met a woman, she happened to be Puerto Rican, and I told her my story and she said, ‘John, you have such a passion for journalism, how can you give up? If you want to go back to school, go to Columbia University and get a master’s in journalism. I’ll write a letter for you.’ And she did and I was accepted.

You’ve been doing this for more than 25 years now, right?
More like 33 years!

OK, so of all those 33 years, if you could do anything differently, what would YOU do?
Nothing. I loved the way I did it. It was not easy and it was a struggle and it took a lot of perseverance, but that’s what builds character. Perseverance builds character, so hardship is good. I think it made me the person I am, for better or worse. I have a particular sensitivity to people who have been through difficult times because I can walk in those shoes. And that never leaves you. To this day, even at ABC, people see me as someone different because of what I love. I still surround myself with my old friends who were from the barrio. I feel uncomfortable in some of the circles in New York with …

I love that. It’s all about keeping it real.
I told the story during my speech tonight of the time when I was in Central America and I lost an opportunity to interview Daniel Ortega, the president of Nicaragua. I thought that I would never overcome that and that I was going to get yelled at by Peter Jennings, someone we all revered as a reporting icon. But he said to me something I’ll never forget. He said, ‘John, don’t worry so much about talking to the movers and the shakers of the world. Talk to the moved and the shaken.’ In other words, talk to the real people. 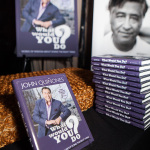 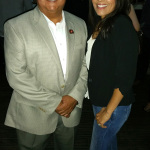 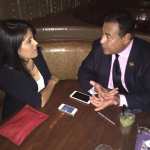 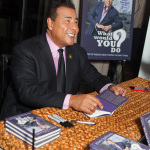 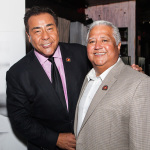 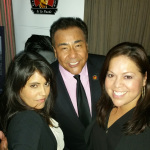 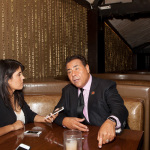 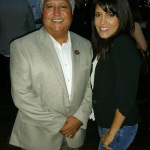