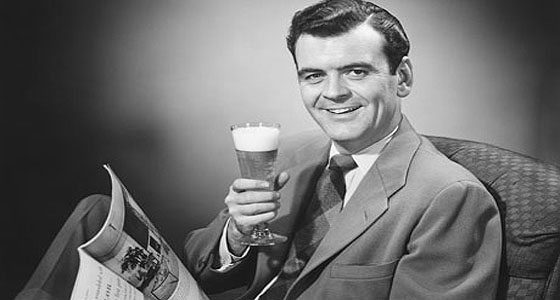 Dad, Pops, Papa, Pa. Whatever you call the man responsible for your existence, it’s time to celebrate him this Father’s Day. But before you default to the same old shirt and tie routine, consider taking him out for a fun (and unusual) day out. From a brewtastic brunch to a totally badass day of music, here’s a quick hit list of some places that might show Dad a good time this Father’s Day.

Father’s Day @ Mercado La Paloma – Downtown LA
If you really want to heat things up this Father’s Day, check out Mercado La Paloma for the festivities going on Sunday 11am-5pm. The community marketplace will have tons of food including a habanero eating contest from Chichen Itza restaurant starting at 2pm. Whoever can eat the most habanero peppers in 20 minutes will win cash along with presents provided by the restaurant. There will also be live music, salsa dance lessons, art and more. www.chichenitzarestaurant.com

The Counter – Multiple locations nationwide
Attention all Dads! On Sunday, June 16 all dads get a FREE burger at The Counter. Simply tell your server that your dad is a BFD (Big Freakin’ Deal) and Pops will get one standard 1/3 lb. burger with included toppings for free. (As long as he’s accompanied by a paying guest.) Available at all Counter locations except Miami airport. www.thecounterburger.com

17th Annual Dia de San Juan Festival – Long Beach
Celebrate Dia de los Padres and Puerto Rico all at once at the annual San Juan Festival on Sunday. Held at the Queen Mary Events Park from 10am-7pm, the festivities include performances by Tito Nieves, bachata superstar A.B.O and the adorable Mambo Babies. There will also be vendors selling Puerto Rican food and souvenirs. Tickets are $27 in advance, $32 at the door, $15 for children ages 11-14, and free for kids 10 years old or younger. www.fiestalegre.net

Pasadena Chalk Festival – Pasadena
Treat good ol’ Dad to some free art and fun at the 21st Annual Pasadena Chalk Festival where he can check out more than 600 murals on the pavement encompassing two city blocks at Paseo Colorado shopping center. Guests of all ages are invited to watch artists at work, enjoy live music, shop and dine during the two-day festival on Saturday and Sunday. There’s also a Kid’s Chalkland area where kids can make Father’s Day cards. There will also be a Pasadena Police Classic Car Show on Green Street on Sunday, June 16 from 10am to 3pm.  www.pasadenachalkfestival.com

Tiato – Santa Monica
The largest outdoor patio in Santa Monica is opening just in time for Father’s Day. Tiato’s Summer Sunday Brunch service starts June 16 from 11am to 3pm with live jazz entertainment, plenty of breakfast favorites and a new grilling station where you can load up on those world-famous garlic noodles (the same recipe you’ll find at sister resto Crustacean Beverly Hills) topped with a selection of grilled beef, chicken, prawns and grilled vegetables. And don’t forget the drinks made with fresh herbs from the onsite garden. www.tiato.com

Magnolia Bakery – Mid-City
Cupcakes are a bit girly by nature, but that doesn’t mean Dad wouldn’t love a little sweet treat. For $24 you can get the Tool Kit, a half-dozen vanilla and chocolate cupcakes adorned with Magnolia’s cute edible tools, or for $48 for a dozen. There are other options like the Team Dad box and Hole-in-One box. If you don’t live near Dad, you can have it all delivered. www.magnoliabakery.com

Tribute to Johnny Cash Festival – Ventura
Show your Dad a badass time with a day at Road Show Revival’s Tribute to the Music of Johnny Cash. Thousands of fans are expected to converge at the Ventura County Fairgrounds on Saturday, June 15 for live performances on two stages with acts including Chris Shiflett, lead guitarist of Foo Fighters, with his alt-country side project The Dead Peasants. There’s also a “Drive On” Car & Bike Show, Johnny Cash memorabilia, pin-up girl pageant, kids corral and vendors offering food and drinks. General admission tickets are $25 and discounted for active military personnel. www.roadshowrevival.com

Collabrewtive Brunch @ Lot 613 – Downtown LA
Dad will love you even more after you treat him to an afternoon of booze, (coffee) brews and food at the Father’s Day “Collabrewtive” Brunch on Sunday, June 16. Presented by Firestone Walker Brewing Company and Food GPS, this is your chance to check out six stations showcasing brewery-roaster duos, as well as six food stations helmed by some of LA’s most talented chefs including Jason Travi of Littlefork and John Sedlar of Rivera. It all goes down 11:30am-2:30pm with tickets priced at $50 ($60 at the door). Children 12 years and under are half price. http://fathersdaycollabrewtivebrunch.eventbrite.com/#

Street – Hollywood
For fathers who like a little foreign flair, Susan Feniger’s Street is serving a special dumpling and beer tasting menu Sunday, June 16 from 11am to 3pm. Dads, and any other dumpling aficionados, can get down with six dumplings (like Ukrainian spinach, Korean mandoo vegetable and spicy Szechuan) and six beers for $40. The regular menu will also be available.  www.eatatstreet.com

Koroneburg Old World Renaissance Festival – Corona
If your Dad’s a bit old school, take him back in time to a hustling, bustling and kinda bawdy Bavarian village at the Koroneburg Old World Renaissance Festival. This celebration of all things Renaissance takes place at Crossroads Riverview Park in Corona over nine wooded acres both Saturday and Sunday with all sorts of family entertainment including full-contact jousts, sword fights, cannon shooting, archery, comedians, magicians, town criers, pirates, wenches, gigantic rocking horses, dunk tank, petting farm and beyond. And don’t forget the giant turkey legs, bratwurst, ribs, filet mignon and funnel cakes. Adult guests can wash it all down with a hearty ale or fine wine. Online tickets $14 general admission and $11 for kids 5-11 years old. www.koroneburg.com

Party Time at SPARC →
← Up, Up & Away in Marina Del Rey!
Search Marpop
Recent Posts