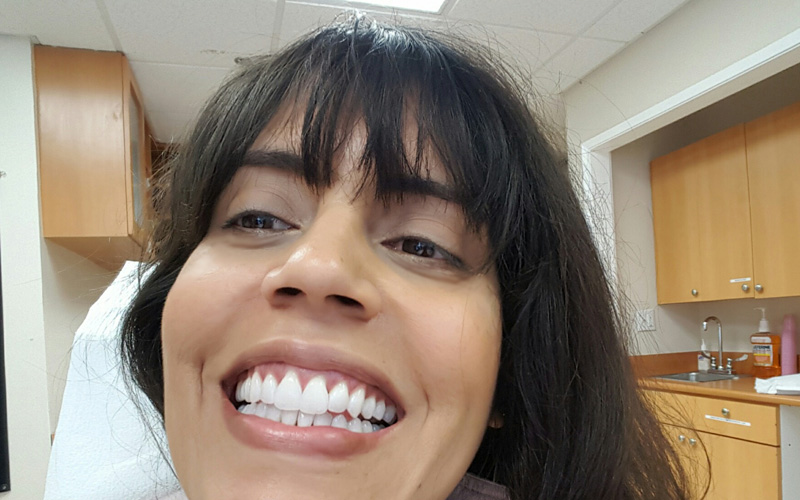 I’ve had the good fortune of having fairly white teeth most of my life, but like most people, I’ve always wanted them to be whiter. So I finally — after many, many years — decided to do it despite all the horror stories I had read online. 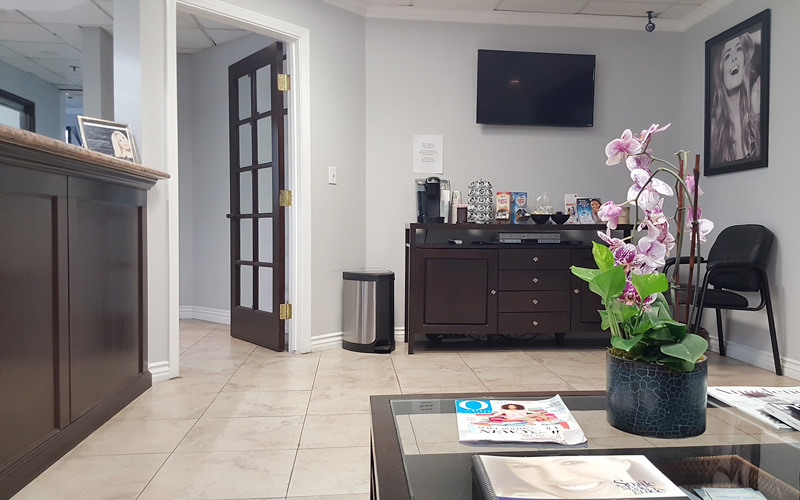 I went to Dr. Aamir Wahab of Unforgettable Smile. The office is in a huge building on the corner of Wilshire and La Cienega Boulevard in Beverly Hills. I parked on a side street (Charleville) and just walked a block. Two hours free! 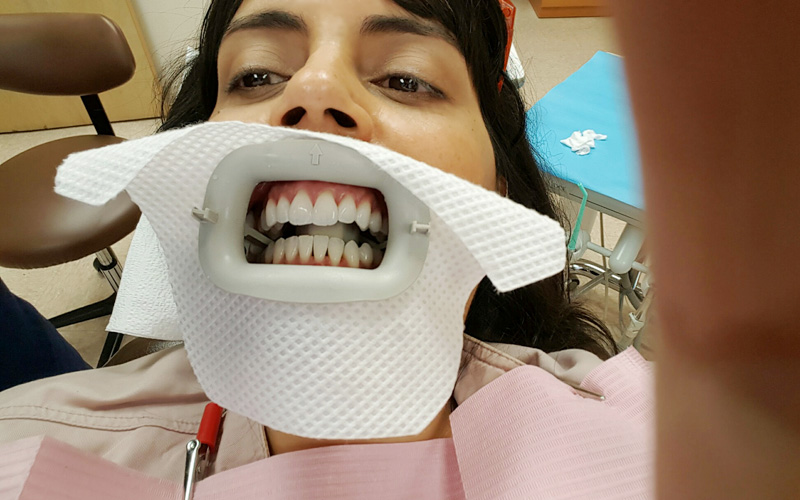 Destiny the dental assistant (and Dr. Wahab) assured me that everything would be alright because I was really nervous. This contraption they use looks really scary and Marilyn Manson-esque but it’s painless. They put a little Vaseline on my lips to keep them from getting dry. Destiny also stuffed the sides of my mouth with gauze to sop up any saliva. Gross, I know, but it’s better than getting bleach leaking into your mouth! 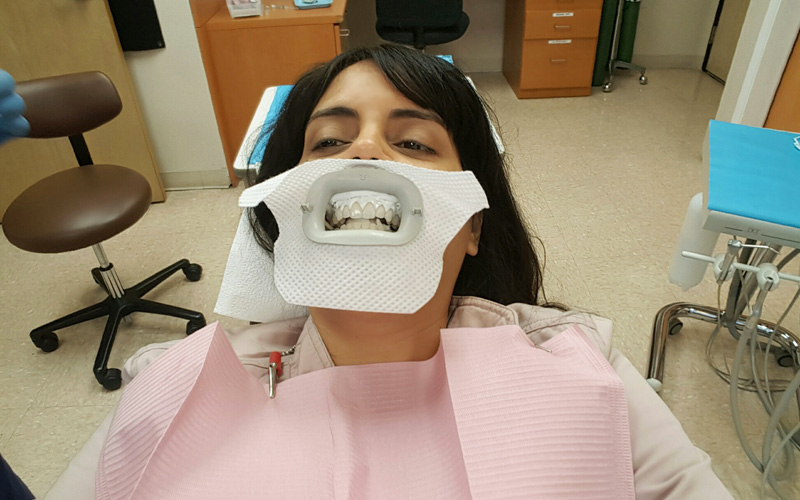 Next, Destiny applied this white putty-like stuff to protect my gums. This keeps them from getting that sore, sensitive sensation that I had read about online. And I have to say, it worked! No pain or weirdness in my gums whatsoever. 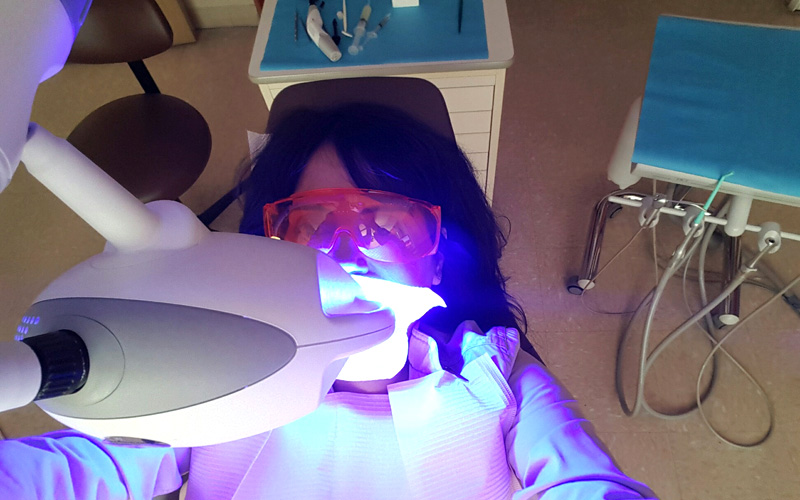 Next comes the blue light. Once the bleach is applied, you sit there for four 15-minute sessions. Every 15 minutes Destiny would come in and remove the Zoom machine, dry my mouth and reapply the bleach. She would check in on me every few minutes though, just to make sure I was comfortable and not freaking out. (I had told her there was a good chance I might. I never did though. I kept calm and carried on … mostly just chilling to the music and taking selfies.)

Ta da! After a total of an hour, my new brighter smile! I was told I should come back in six months for maintenance and also to make my teeth whiter. They’re not the blindingly, can’t-stop-staring Janet Jackson white that I was kinda hoping for, but that’s probably not ever gonna happen …. because Ms. Jackson has veneers! 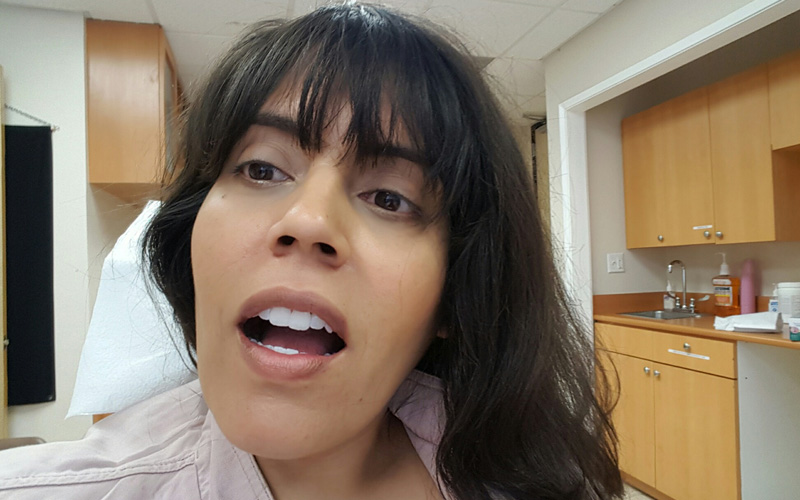 As soon as I left the office, I felt a slight stinging sensation on my bottom right teeth, so I got in the car, took three Advil and there was no pain. About four hours later, I started feeling that slight stinging again — this time in my front teeth and the lower right teeth again — and immediately took two Advil. After that, no pain whatsoever. Soooo…. all those fears about unbearable pain thankfully never came true. The only downside? Not eating any colored foods or drinks for 24 hours. Hey, I can live with that.
For more information, check out the Unforgettable Smile official website.