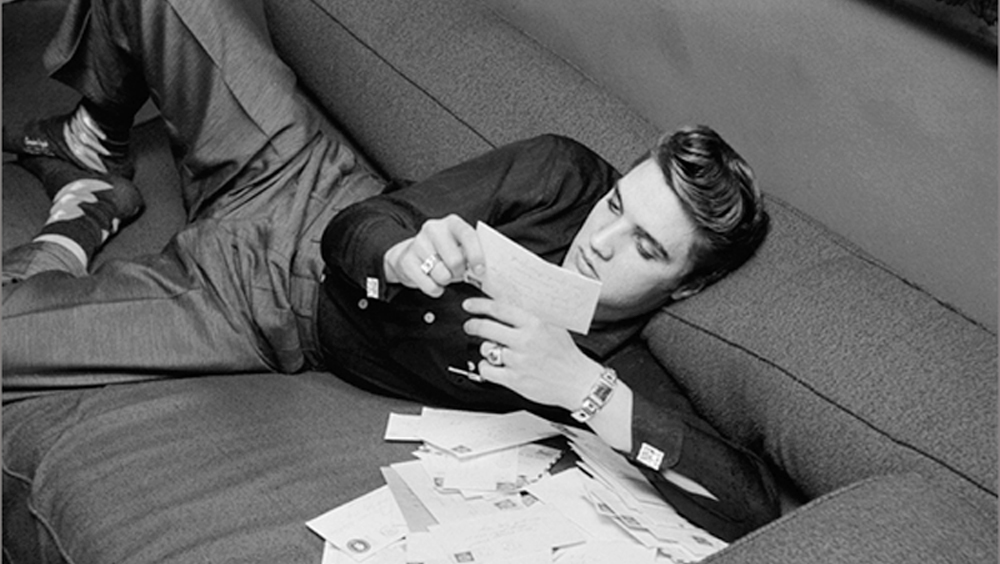 Ready to retrace the steps of your favorite hunka hunka burnin’ love? Elvis Presley was born on January 8, 1935 and passed away at just 42 years old on August 16, 1977. It was a shocking loss not only in the music universe, but for the world at large. Although Elvis left the building more than four decades ago, he remains the King of Rock & Roll, the Godfather of Graceland and an icon whose legend will live on forever. You can still visit those places in LA where you would’ve seen the King of Rock & Roll way back when … and a few where you can honor his memory today.

Beverly Wilshire Hotel – Beverly Hills
This gorgeous and iconic hotel might be cited ad nauseum as the Pretty Woman hotel, but long before the hooker fairy tale put this place on the movie map, the King called it home when he was busy making movies at Paramount Studios. Years later, John Lennon stayed here while he was estranged from Yoko, allegedly choosing the hotel because he knew Elvis had lived here.

The Knickerbocker Hotel – Hollywood
Elvis has left the building. But before he did he used to stay at the Knickerbocker Hotel (Room 1016, to be exact), which was his home away from home when he filmed his first movie “Love Me Tender” in 1956. (It’s also where Marilyn Monroe honeymooned with Joe Dimaggio a couple of years before that.) Unfortch, this historic building on Ivar has been on the outs for some time and is now a senior apartment building. 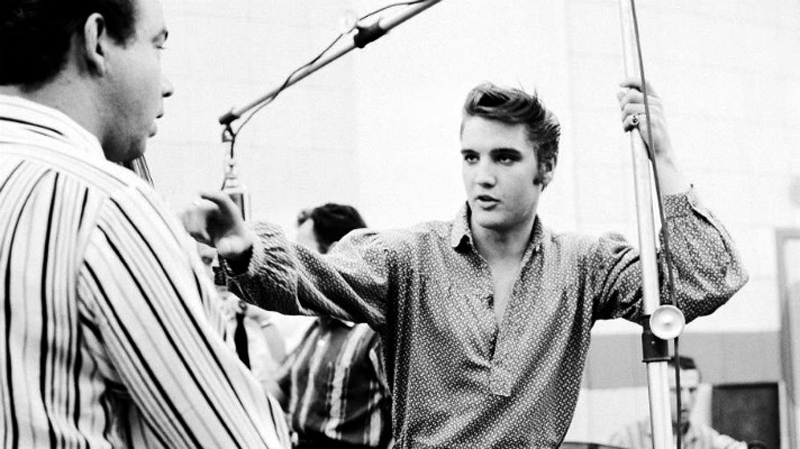 Radio Recorders – Hollywood
Although this recording studio at the corner of Santa Monica Boulevard and Orange Drive is no longer, back in its heyday through the 1960s it was considered the best recording facility in LA. Fit for a King, you could say. Everyone from Billie Holiday and Louis Armstrong to Johnny Cash and Jimi Hendrix recorded here, and it was here that Elvis put to tape some of his most famous songs including “Jailhouse Rock” and “All Shook Up.”

De Neve Square Park – Holmby Hills
Aside from gyrating on stage, Elvis had some serious moves on the field. This small, well-shaded park in the old-money hamlet of Holmby Hills might not grab your attention if you’re driving along Beverly Glen (it’s at an intersection where Mapleton Drive and Parkwood Drive meet), but that might be why Elvis chose it for the touch football games he regularly organized in the 50s and 60s while here in LA–it allowed him to have fun without getting noticed. FYI, in case you’re wondering, the park is named after Felipe de Neve, founder of Los Angeles.

Self-Realization Fellowship Lake Shrine – Pacific Palisades
Better known as Lake Shrine, this tranquil ten-acre oasis hidden off Sunset Boulevard near PCH hasn’t changed much since the days when Elvis would come here to meditate and be surrounded by nature. He was a frequent visitor and it’s considered common knowledge that he became friends with then worldwide head, Sri Daya Mata, whom he called ‘Ma’ and relied upon for spiritual advice. You can still come here today to enjoy the peaceful environment filled with swans swimming across the lake, lush landscaping, waterfalls, fountains, spiritual statues, colorful gardens and even a windmill chapel. 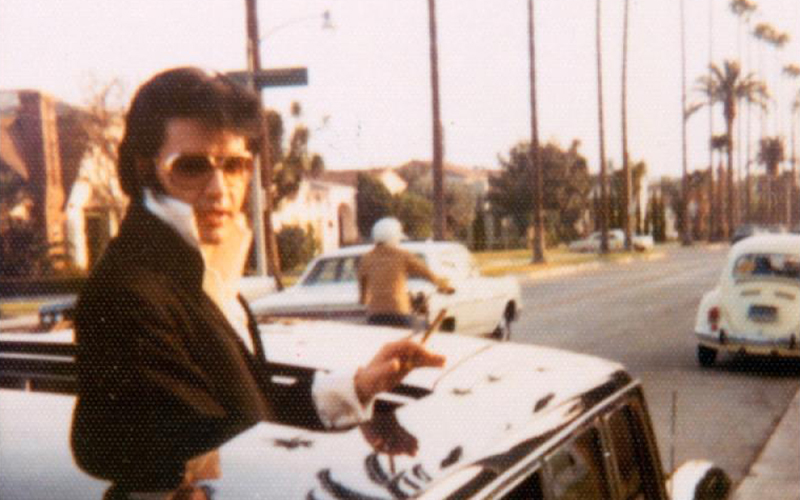 AND THE KING LIVES ON …

Azteca Mexican Restaurant & Crooner’s Lounge – Garden Grove
It’s all Elvis all the time at this incredible shrine to the King that boasts more than 2,000 pieces of Elvis memorabilia lining its walls, ceilings and glass display cases–stop by for the burritos, stay for the karaoke.

Walk of Fame – Hollywood
Find the King’s star under the silver gazebo at the intersection of Hollywood and La Brea.

Which Wich – Los Angeles
This sandwich shop chain is where you can eat like a King. Just order the Elvis Wich made with peanut butter, bacon, honey and banana.

MB Post – Manhattan Beach
This South Bay hot spot is where you can finish your meal with The Elvis: a wonderful mess of chocolate pudding, peanut butter mousse and bacon brittle.

There are 11 comments for this article