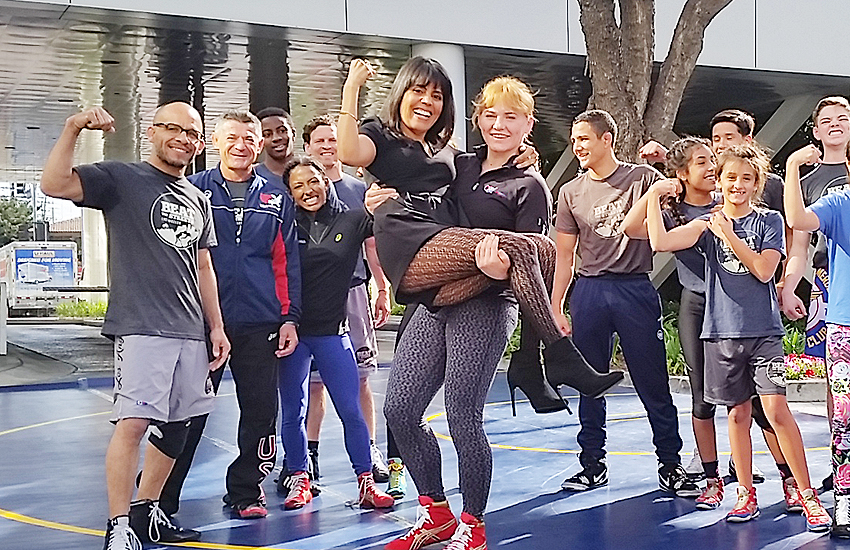 It’s time to get cheesy! April is National Grilled Cheese Month, so Provisions Market, OC Baking Company + Tillamook are joining forces on April 20 to host The Big Cheese festival and competition in the city of Orange. We had a mini showdown on the air and the chefs even made me a vegan coconut grilled cheese and it was DELISH!

If you want some serious action this weekend, check out the 2015 Senior Men’s Freestyle Wrestling World Cup at the Forum where wrestlers from all around the world including Cuba, Iran and Russia will vie for the gold during this two-day smackdown. I had some great wrestlers from Beat the Streets Wrestling, a non-profit that mentors underprivileged youth along with world champions including Elena Pirozhkova who lifted me just like she did our First Lady, Michelle Obama!!! It was pretty crazy getting swept off my feet by someone who’s about my same size!

And don’t forget — Sprinkles is celebrating its 10th anniversary on Monday, April 13 with FREE cupcakes ALL DAY at all its stores!