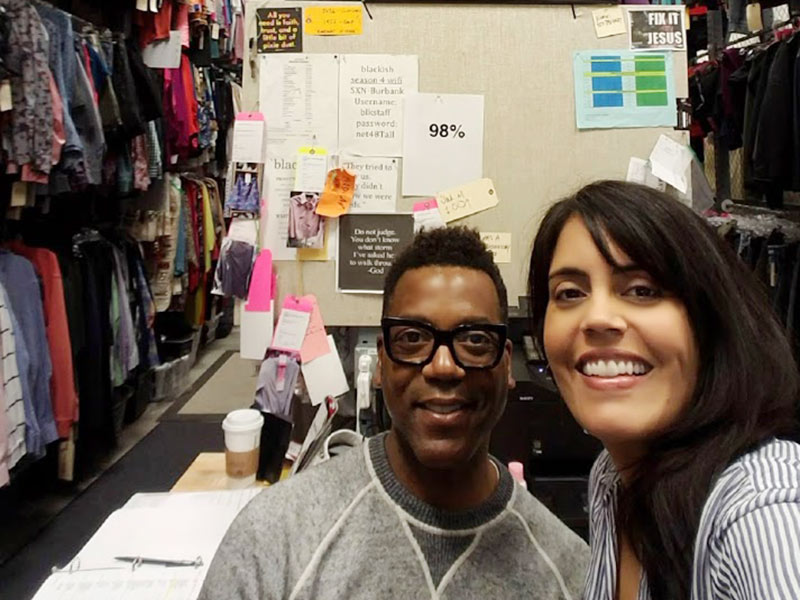 He shares a name with a fictional character from the hugely popular TV show “The Office,” but fashion designer and “Project Runway” star Stanley Hudson has lived a life that is as real as it gets.

Born into a creative family with a mother who was the family’s “seamstress and designer” and a father who worked with furniture and owned an upholstery shop, Hudson knew from an early age that his life would be an artistic one. But it wasn’t until he was 15 years old that fashion became the focus.

“I thought I was going to be a musician because I loved music and I played the trumpet and guitar,” he muses. “But the fashion bug bit me when I was a freshman in high school. I was with a bunch of friends and we went vintage shopping. I bought some clothes and different fabrics and I just started creating and never stopped. It consumed me from that moment on.”

That obsession has since led Hudson on a path to professional success that has been beyond his wildest dreams yet tempered by personal tragedy. After leaving his hometown in Texas on a scholarship to Otis College of Art & Design in Los Angeles, Hudson worked as a visual merchandiser at department stores throughout the city and tried his hand at being a stylist.

But the real turning point came when he landed a job with legendary fashion designer and costumer Bob Mackie, dressing iconic women such as Cher, Carol Burnett, Diahann Carroll, Charo and Diana Ross. “Just being around these women taught me how to behave, how to act,” Hudson reveals. And working with Mackie was invaluable to the young designer. “He sketched everything first, so I realized that you need to be able to draw—even if it’s a simple thumbnail sketch—to convey your ideas. I’m an illustrator and everything I do is by hand. That’s something I learned from Bob.”

Soon, Hudson was working on television shows including “Desperate Housewives” and “Criminal Minds.” Then in 2012, he was cast on season 11 of “Project Runway” where he would eventually finish as third runner up. It would prove to be the best of times and the worst of times.

“I got cast on the show and then my sister passed away. I couldn’t believe it,” he recalls. “My sister was my best friend, so I had to go through that entire process of grieving on TV. I felt that she would’ve wanted me to do the show because she was an artist, so I put myself in a creative space to do the work.”

Adding to the pain was the fact that his father had died five years earlier. “I just had to get through it day by day. It took me probably two years before I could actually watch the show.” 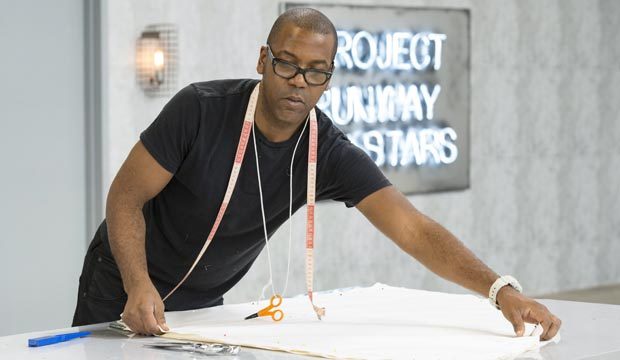 Upon returning home to West Hollywood, Hudson’s career as a fashion designer continued to move forward but personal turmoil persisted—his partner Steve had begun struggling with addiction to pain medication he was prescribed for an injury. For the next several years,Hudson was repeatedly offered to appear on “Project Runway All Stars” in New York, but he wasn’t ready to commit.

Finally, in 2016 he agreed to do the show. “It was tough, but I was hopeful,” he reveals. Then, in July 2017, Hudson was hired as a costumer on ABC’s hit show “Black-ish,” which films in LA and stars Anthony Anderson, Tracee Ellis Ross and Laurence Fishburne.

“We do a show a week and we have 25 shows in a season, so it goes really fast and we are always working,” he shares. “Head costume designer Michelle Cole is such an incredible person both as a boss and a friend. She’s a true talent and it’s a really good group of people to work with.”

As it turns out, that group is decidedly female. “There are ten women in my department and then there’s me. And everybody talks—the morning meeting is like ‘The View’ but with ten people!”

It’s a refreshing fact, particularly in the time of the #MeToo and #TimesUp movements, that Hudson finds himself in a workplace led by women. “We’re already seeing women gain more power and rise to the top,” he reveals. “It’s been empowering to watch the women take charge on set. In fact, Tracee is directing an episode for the first time and we recently had Eva Longoria direct an episode as well.”

Unfortunately for Hudson, it wasn’t long before tragedy struck again. Just six months ago, his beloved partner of 23 years passed away.

“Struggle is either going to make you or break you. And it’s up to you. Just being in this work environment has given me so much more confidence and energy and life. Some days are harder than others, but you have to remain positive. I decided to start living from the inside out and be my true, authentic self. Once you do that, you begin to flourish. I hope sharing my story can help others who are going through hard times, no matter what it is.”

Although life hasn’t fashioned the easiest road for him, Hudson exudes a warmth and optimism that can’t be faked. And his creative flow shows no signs of slowing. Currently he can be seen on the sixth season of Lifetime’s “Project Runway All Stars” and his new fall collection launches this spring along with his new site, StanHudson.com, which aims to be a fun destination for fashion advice, style and beauty.

“As far as my brand, I just want to remain true. I call it nerdy chic. It’s for a woman who knows who she is. She’s educated and even though she can be the most gorgeous woman on the outside, she still has that nerd thing going on inside. She loves sophisticated clothes but she’s quirky and she mixes them up. She can pair a dress with tennis shoes or a combat boot as easily as she would a heel.”

As he sees it, “I don’t want to just sell online, I want a real place where everybody is welcome—all races, sizes and shapes. I want people to come in and feel the clothes, have a good time and get a Hudson!”

Pick up the latest edition of West Hollywood Lifestyle Magazine.