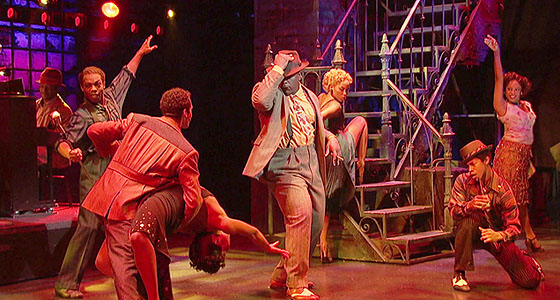 Can’t make it to Broadway for Memphis? No biggie. The award-winning musical currently on Broadway eight times a week is hitting big screens all across Los Angeles, Orange County and nationwide for a four-night run Thursday, April 28 -Tuesday, May 3. So why would you wanna check it out? One, it won a Tony! Two, the story. (It takes place in the smoky halls and underground clubs of the segregated 50s, where a young white DJ named Huey Calhoun falls in love with everything he shouldn’t: rock & roll and an electrifying black singer.) And three: It’s a helluva lot cheaper than catching the show in NYC.

This is the first time the current Tony Award-winning Best Musical will be presented in movie theaters while concurrently running on Broadway. In addition to the musical, audiences will see some behind-the-scenes fun. Memphis was captured live in performance with the original Broadway cast for this special Fathom event presentation.

For tickets and more info: www.fathomevents.com