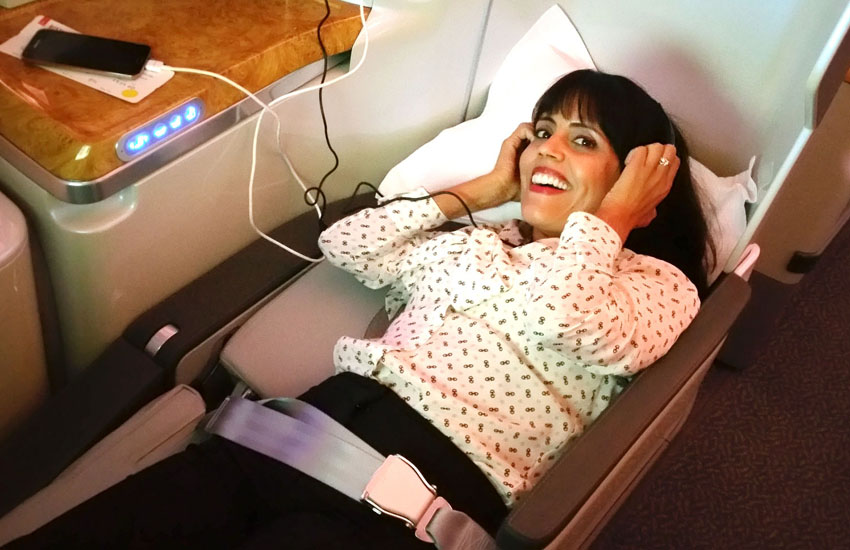 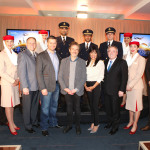 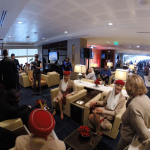 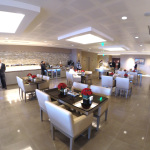 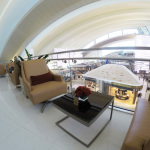 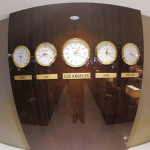 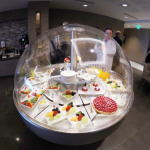 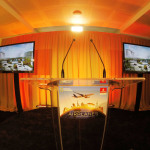 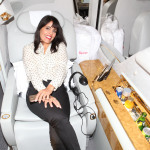 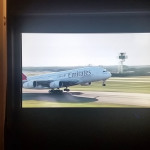 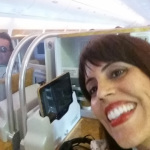 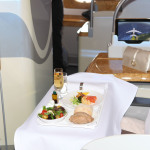 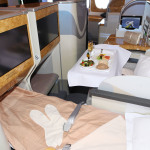 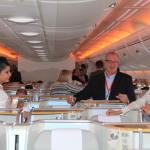 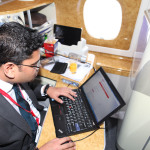 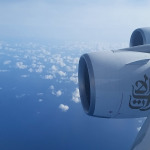 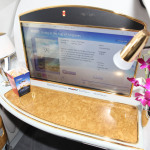 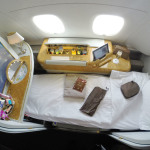 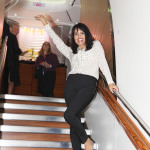 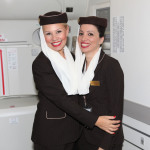 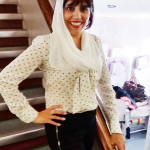 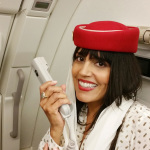 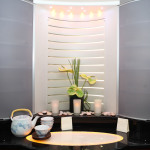 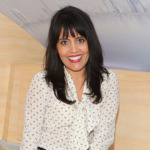 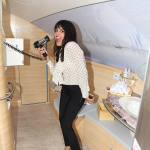 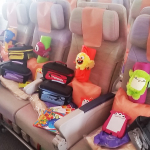 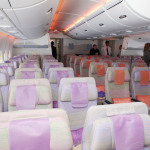 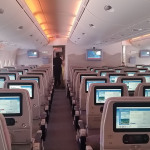 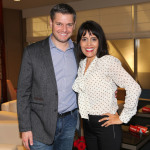 Ever wonder what it would be like to fly around in the world’s biggest jumbo jet while attending a movie premiere 30,000 feet up in the air? Neither had I … until I was invited by Emirates, one of the most luxurious airlines in the world, to host and emcee the premiere of “Living in the Age of Airplanes,” a new documentary narrated by Harrison Ford and produced & directed by Brian Terwilliger.

The adventure began at the spacious new Emirates Lounge at LAX where first and business class travelers can relax before boarding the daily 16-hour flight to Dubai. Along with a full buffet of gourmet food and drinks, the lounge is loaded with plenty of comfy leather seats, a prayer room, bathrooms with footbath and shower, plus a fantastic ‘outdoor’ terrace that overlooks the shops and terminal below. Oh, and don’t forget the Rolex clocks on the wall to keep you on time no matter what part of the world you’re in.

After enjoying lunch and introducing all the international movers and shakers from Emirates and National Geographic, the film’s distributor, it was time to board the A380, the largest passenger aircraft in the sky. As we walked toward it I kept asking myself, “How is this massive piece of machinery ever going to get off the ground? It’s humongous!” Well, it did. And I’m not exaggerating when I say it was the most ridiculously smooth takeoff I’ve ever experienced. I thought for sure we’d be bouncing along the runway for a while considering the size of the plane, but no sooner did we put on our seatbelts than we were gliding in the air thousands of feet above land. Nobody could believe it!

Once we were at cruising altitude, my emcee duties continued as I got on the intercom to welcome everyone aboard and introduce the movie … while wearing the signature red hat and scarf! (It was pretty cool to live out my flight attendant fantasy.) Everyone then sat back—or fully reclined, in my case—to watch the movie on Emirates’ award-winning ice entertainment system, which has 2,000 channels. Adding to the ambiance, the plane’s electronic window shades came down and the “stars” on the cabin ceiling appeared. Who thinks of these things?! Needless to say, “Living in the Age of Airplanes” was a stunning journey to all seven continents and beautifully illustrates how the airplane has truly changed the world. To quote a line from the movie, airports have allowed us to be “walking distance to anywhere in the world.”

After the premiere, everyone was encouraged to explore the airship as we flew above Los Angeles while enjoying drinks and canapés. Oh, did I mention that we were given special permission to actually fly above LA led by Captain Al Maktoum, a distinguished pilot and member of the royal family?

When I finally pulled myself away from my flat bed, it was time to check out every nook and cranny of the double-decker plane. (I mean, when would I ever have this chance again?) From the fabulous staircase, first-class private suites with Bulgari toiletries and bathrooms with real cloth towels to dry your hands (with the Emirates logo, naturally) to the rear bar area (visions of “Sex & the City 2” danced in my head) and onboard shower spa (!!!), it became clear that we were visiting a fancy estate that just so happens to reside above the clouds. Walking down the staircase to the lower level economy class definitely looked more familiar to someone who usually flies coach, but I was impressed with the comfortable seats and the cute toys and entertainment offered for young flyers.

After about two hours in flight, the trip was coming to a close. I got on the intercom one more time to thank everyone for being there, but I was the one who was grateful. In fact, I was ready to jet off to Dubai and rack up another 14 hours in flight. After all, the sky is the limit when traveling in style like this. I just need a bigger bank account and some free time. And maybe that red hat.