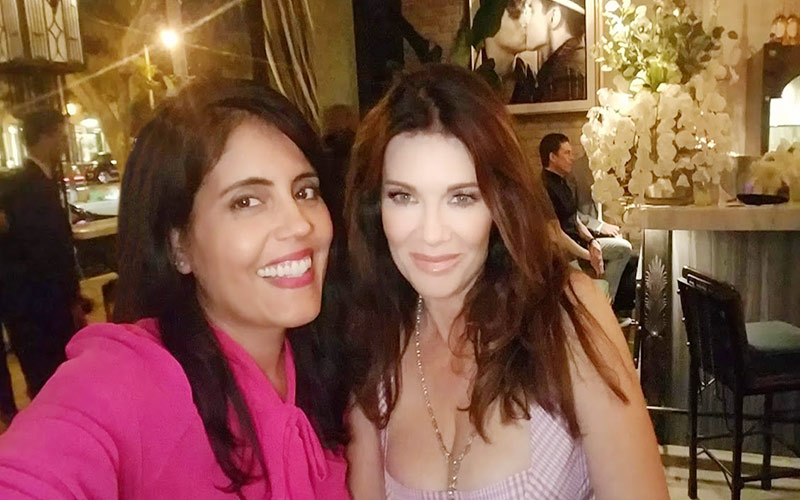 Even if you don’t obsess over the “Real Housewives of Beverly Hills” and know all the details of every cast member’s drama, chances are you still know Lisa Vanderpump.

Not only has she been a steady presence on the reality TV show for the last 10 years, but she’s also a longtime restaurateur who designed and owned 26 London-based bars and restaurants with her husband Ken Todd.

I was invited to the Friends & Family Night on the eve of its opening on August 7 and it was a fantastically fun time, especially getting to say hi to Lisa and Ken again (I had them on my TV segment years ago on “Good Day LA”) and meeting the two Toms + insane Bobby Trendy (‘member him from the “Anna Nicole Show”?!!). Even better, I soon realized that practically half the menu is vegan! Finally, a restaurant that also keeps us non-meat eaters in mind. 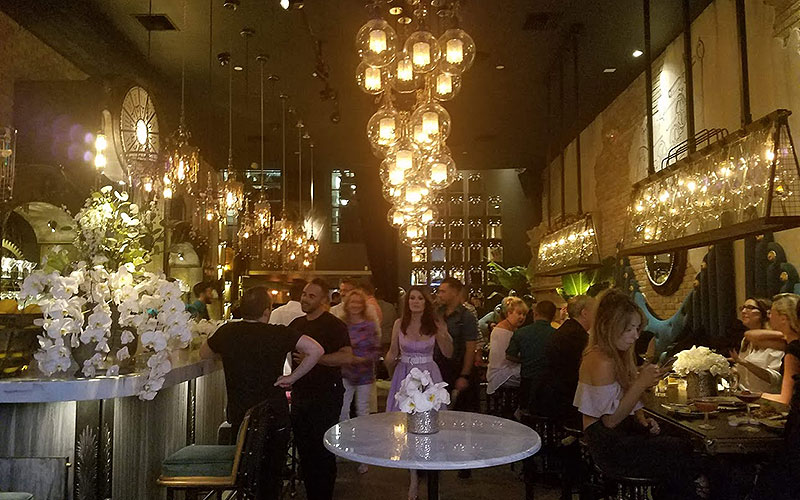 The restaurant diva herself, Lisa Vanderpump, in the middle of Tom Tom West Hollywood in all its romantic-industrial steampunk glory. 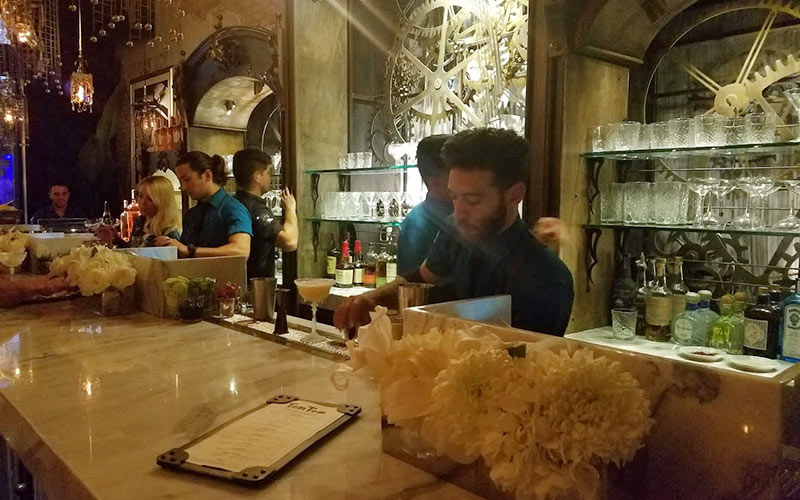 The marble bar is topped with fresh flowers while the bartenders mix an array of delicious cocktails beneath a massive wall clock of rotating inner wheels. 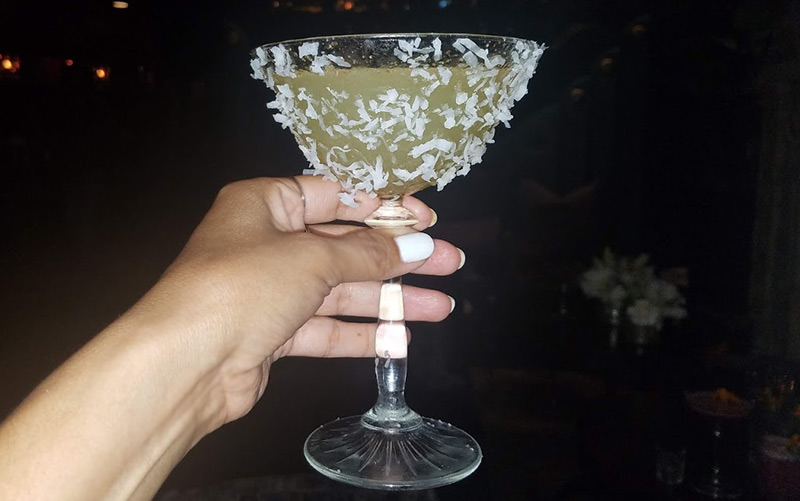 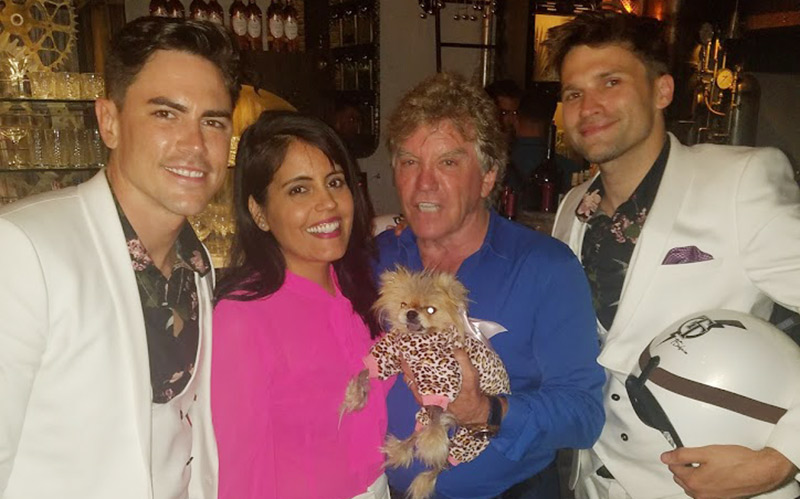 Getting giggy with it: Having fun with Ken Todd, Giggy and Tom Tom. 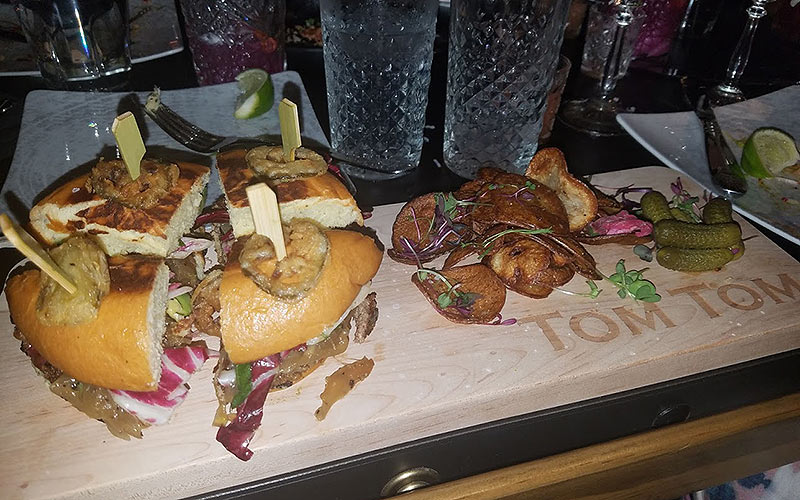 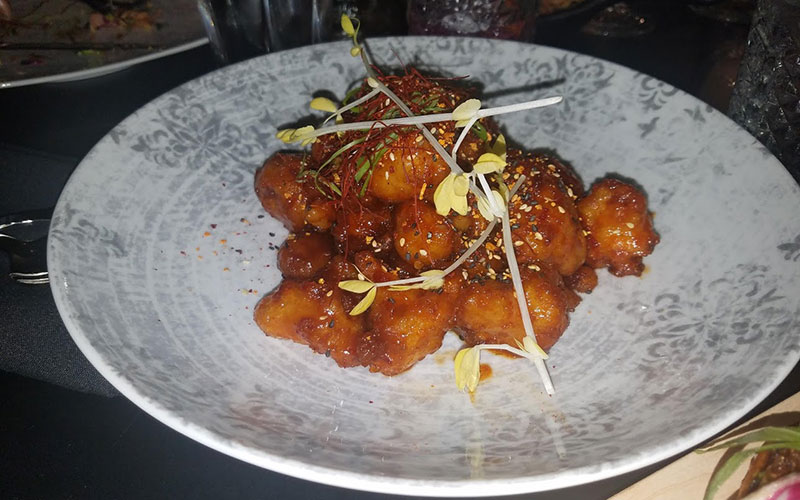 I can’t believe it’s not chicken: The vegan orange “chicken” was a hit … just make sure you have something to wash it down, cos this stuff is spicy. 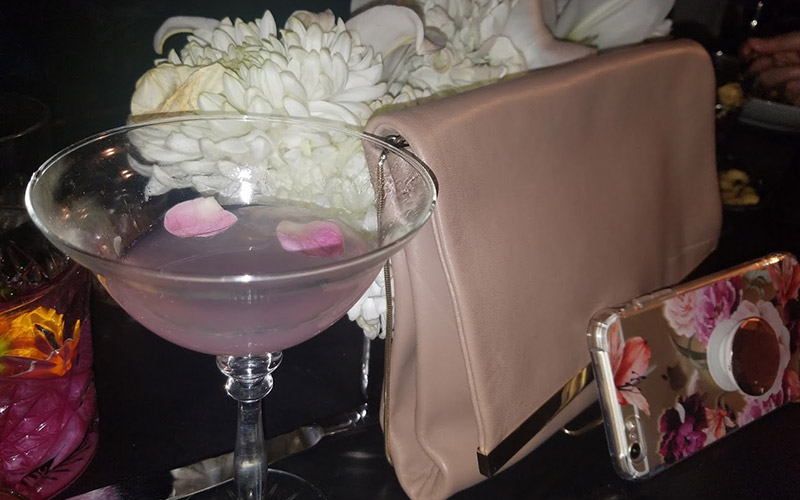 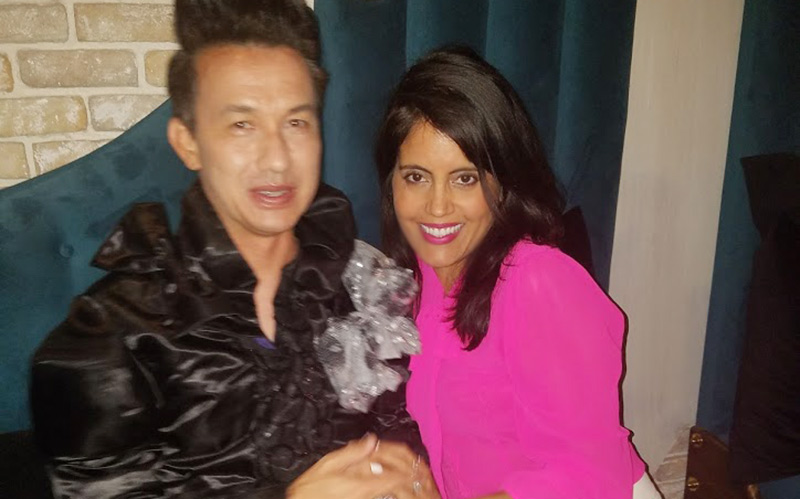 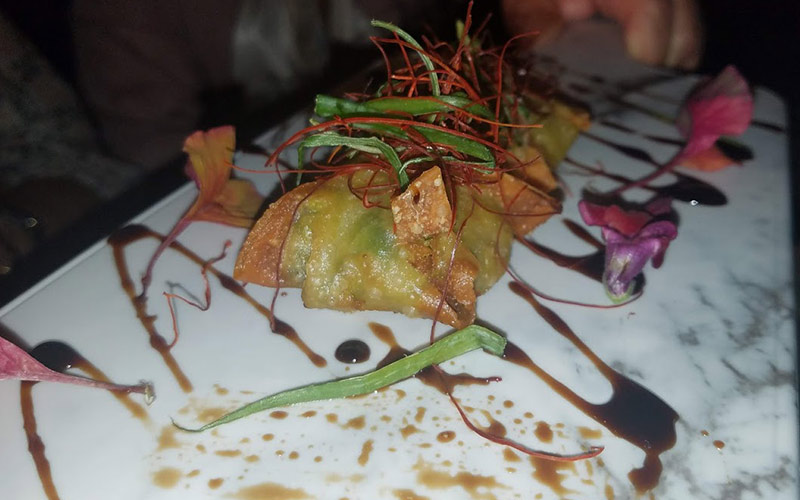 I call these vegan dumplings, but on the menu they are avocado purses made with lemon, paprika, scallions, Himalayan pink salt and pico de gallo. 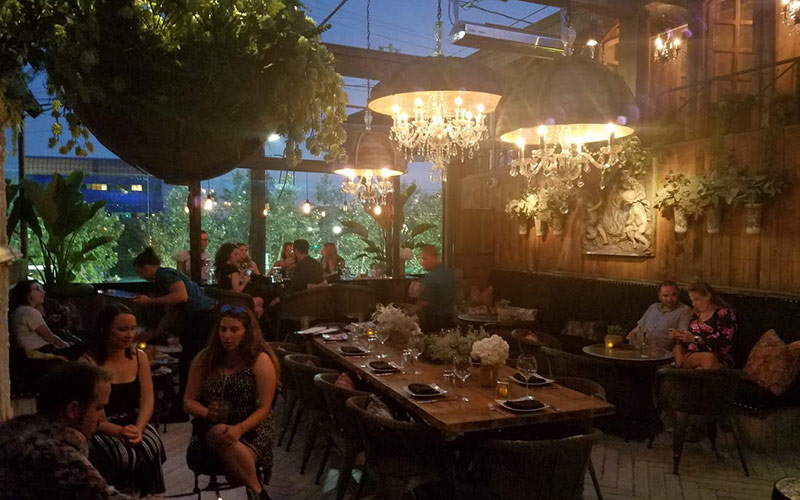 The back outdoor patio at Tom Tom West Hollywood is a lovely and lush area for dining al fresco or a private celebration. 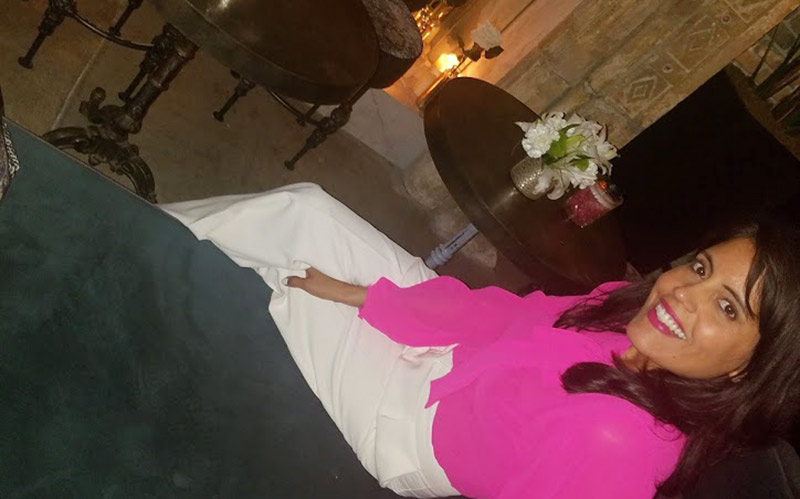 Cheers! It was a great time for both vegans and meat eaters, drinkers and non-drinkers 🙂 See you soon at Tom Tom Restaurant West Hollywood!