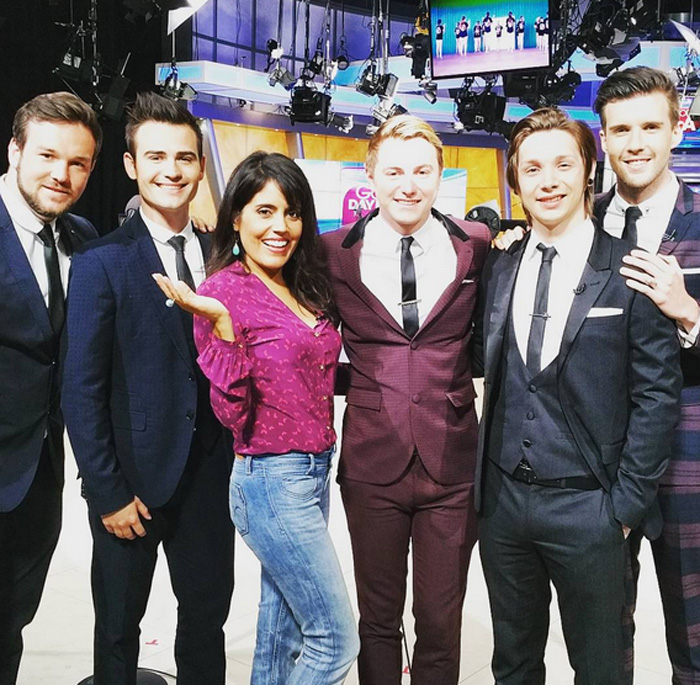 Fresh from the global success of their debut No.1 album, Stars, “Britain’s Got Talent” champions and Simon Cowell favorites Collabro return with their follow-up album Act Two. Released this month in the States, the album follows the five-piece acapella group as they perform some of the greatest songs of the last 30 years that have influenced them as a band.

Even though I don’t listen to this kind of music regularly, hearing them during multiple soundchecks was pretty impressive. Their voices are so clear and harmonious, it made me appreciate just how much talent and control they have to do it over and over again and still sound so good every single time. If only other pop star group were this genuinely talented and didn’t rely on all those vocal production tricks!