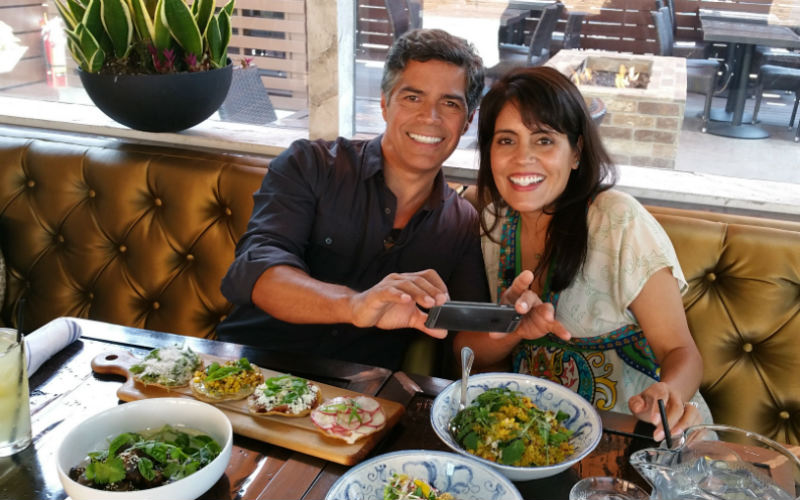 This story was originally published 9/8/15 on Fox News Latino.

He’s been a steady presence in Hollywood for more than three decades.

Ever since his pivotal performance as Ritchie Valens’ troubled brother Bob in 1987’s “La Bamba,” a role that launched a thousand memes and remains as relevant today in pop culture as it did then, Esai Morales has played dozens of characters spanning film and television.

He recently wrapped the second season of “From Dusk Til Dawn” on Robert Rodriguez’s El Rey network, where he plays “a vampire culebra underworld lord,” and he’s currently on HBO’s “The Brink,” a geopolitical dark comedy with Oscar winner Tim Robbins and funnyman Jack Black.

“It’s great. I’m playing the President of the United States, which is a childhood dream. But it makes me happy and sad at the same time ‘cause where do you go from there? President of the world?” Morales laughed.

While Morales’ current POTUS status is strictly fictional, next year’s presidential election is not, and the self-described “actorvist” and co-founder of the National Hispanic Foundation for the Arts, has plenty to say.

“Let me keep it real. I feel like the political process is a circus. It’s entertainment more than anything else,” he said. “It’s basically a competition to see who can fool the public the most. Then once the person is elected the real agenda begins. Just look at all the things that are promised in order to get your vote and then how few of them are delivered.”

Along with the lack of honesty in politics, Morales believes there is a lack of respect for the working class, particularly Latinos. It’s an issue highlighted by GOP front-runner Donald Trump’s now infamous remarks about Mexican migrants.

“The easiest thing to do is pick on the outsider and say we’re going to build a wall and make them pay for it … Really?” he said. “Are we really going to go to war with Mexico, our second largest trading partner? Do we really want to say that they’re sending their rapists and killers? No! All societies have people who have lost their way.”

As Morales sees it, Trump is the one who has lost his way. 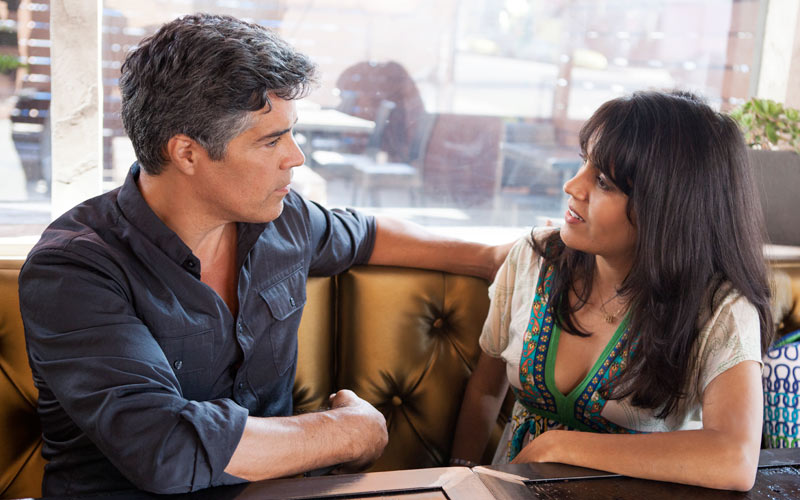 “I feel bad that Trump, this incredible talent at gaining attention, can’t be apologetic about the way he framed the issue. He could have said, ‘I’m sorry that it sounded that way, I’m sorry that I said it this way, what I mean is …’ No, he doubles down. So what that shows us is that he doesn’t care and he’s not respecting the Latino community,” the actor explained. “Notice he doesn’t say that about other communities. He doesn’t attack the corporations that export jobs out of our country or the banks that have taken trillions of dollars out of our economy, much more than any illegal immigrant groups of people. He knows who to pick on … and it’s the humble people. The people who are desperately trying to survive.”

Speaking up for the little guy is something that has always been important to Morales and it’s evident when you follow any of his social media networks.

“We’re taken for granted and it’s a lack of respect. And if there’s anything our community thrives on and appreciates, it’s respect,” he said. “You don’t have to have a lot of money, if you have spiritual class, if you work an honest job for a living, you’re welcome in Latino homes. My mother taught me if you go somewhere, you leave it better than you found it. If somebody gives you dinner, you do the dishes; if somebody lets you stay over, you clean the house. You try to help, you’re not ever entitled.”

With such palpable passion and awareness, one can’t help but wonder if life will imitate art for Morales. Will the Nuyorican boy, who determined his career path at the age of 12, ultimately fulfill yet another childhood aspiration of becoming a political leader?

“Not yet. I don’t see myself in an office. I see myself as a communicator, as a representative, maybe Congress, maybe the Senate when I get older. The thing is, I still feel like a kid even though I’m getting up there in age. I still have a child-like view of the world that hasn’t been squashed,” he mused. “I still wonder about things and I get excited for the day when people know enough and know better than to fall for the same old tricks that keep us divided and conquered, and dazed and confused.”

For more real talk with Esai Morales, check out the full video interview.